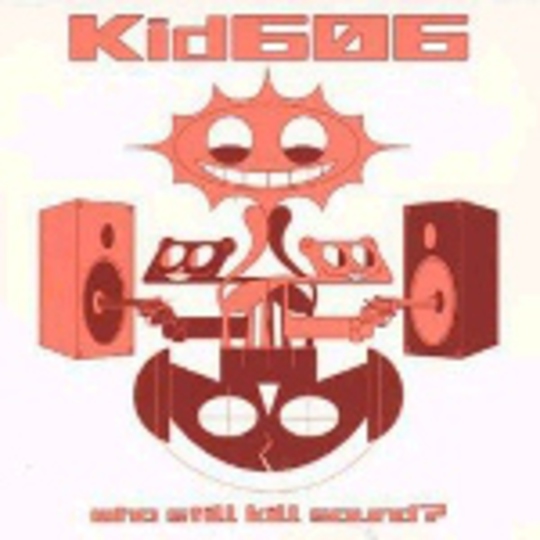 The word on the street is that Kid606 is damn cool, one of nasty experitronica’s charging squadron leaders. The rumours are kinda true.

The Kid, aka Miguel Depedro – a slightly un-revolutionary figure in real life – knows a humungous tune when he claps his ears on one without doubt, a fact more than proved by years of running ultra-banging label Tigerbeat6, plus releasing his own fractured original beats alongside a slew of Missy and NWA-ripping bootlegs.

But – and here comes the 'but' before we can all relax – less often mentioned among the Kid hype is that he all too often falls prey to the scourge of electronic music. He is a man unfamiliar with the concept of quality control, and therefore if you’ve bought more than a couple of the 7,024 records he’s spat deck-wards since the turn of the century, you will have been disappointed at some point, even if you’re too timid/hip/deaf to admit it.

‘Kill Sound Before Sound Kills You’ went someway to redressing the balance earlier this year, with 606’s return to Mike Patton’s Ipecac imprint becoming his most consistent blast of cocksure booming mischief yet. Time to confuse the issue again.

‘Who Still Kill Sound’, with its obvious eponymous connotations, is pretty much billed as an off-cuts LP of shit that didn’t fit onto ‘Kill Sound...’ – honesty is the best policy it seems. The garbage picking does reveal a molten core of liquid cast iron PA-busters, however...

‘Phat With A PhD’ is splattered with incendiary raps plastered around like a particularly gifted four-year-old throwing paint at a wall and coming up with a Picasso. Similarly anthemic ass-movers ‘Yr Inside The Smallest Rave On Earth’, ‘Wickid Megamix’ and ‘Slammin’ Ragga Bootleg Track’ twist the underground’s hard dancehall obsession by the balls and then inject compulsory slam-until-you-drop hormones.

Some of the mish-mash couldn’t be more obviously advertised if, well, at all actually – ‘Cex Remix I Forgot To Finish’ is about as memorable as the title threatens, while ‘Live Acid Jam’ occasionally falls into rhythmic place perfectly like only off-the-cuff improvisation could.