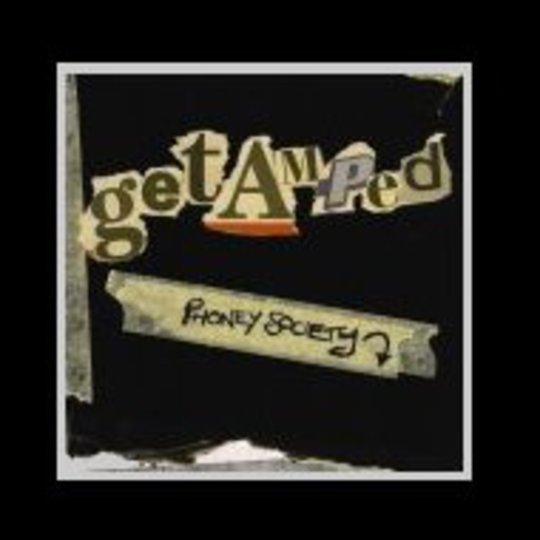 Punk’s not dead, right? It’s in the paint that’s sprayed across city centres, it’s in the dirt that manifests itself underneath Pink’s middle finger, it’s in the alloys that coat the key chains dangling from a thousand waistlines. But as rock music? Well, it seems that, for the most part, it died on its arse years ago. Take the new Get Amped album 'Phoney Society', for instance, where three South Coast lads make sure that you know how they, like, really hate capitalism and famous people and stuff, whilst sat in designer T-shirts waiting for The Big Time. Did we really rally against Good Charlotte for nothing? Within a minute of the opening track they sing in unison “I don’t give a fuck about celebrity” with the sort of gusto usually reserved for the shipping forecast, and such rebelliousness continues throughout the album, only to be broken up by emo-tinged tales about girls and atheism.

If you ignore the rhetoric then you’ll realise that Get Amped know how to structure a decent tune, and are particularly recommended for those who worship at the alter of New Found Glory or the last Blink 182 album. ‘Celebrity’ starts with a few seconds of drum machine that, for a wonderful but fleeting moment, give you the impression that they’re really FreQ Nasty wannabes with a weird sense of humour, before turning into a non-wacky, almost ‘Sandinista!’-style drum passage. ‘Shut Me Out’ and ‘Alive’ manage to sound like Linkin Park but not be completely infuriating in the process, whilst ‘So Wrong’ does well in its impression of a punch-drunk lovesick ‘Monkey Wrench’.

A shame, then, that the major snag – and a big snag it is too – happens to be the lyrical content. From the whinged “I’m such a lonely guy” on ‘Last in Line’ to the (presumably) sarcastic “I like watching people get shot on live TV” on ‘Phoney Society’, the words either sound like what you’ve already heard and/or simply what you wouldn’t want to hear in the first place. So you’ve read Heat magazine and been irritated by it, so you’ve had your heart broken, so you’ve been to Maccy D’s and wanted to sue their asses off. Who hasn’t? Doesn’t mean you should write grating rhyming couplets about it.

Perhaps next time you should keep the riffs, but think about what Lydon would call you in public.