And The Big Red Nebula Band 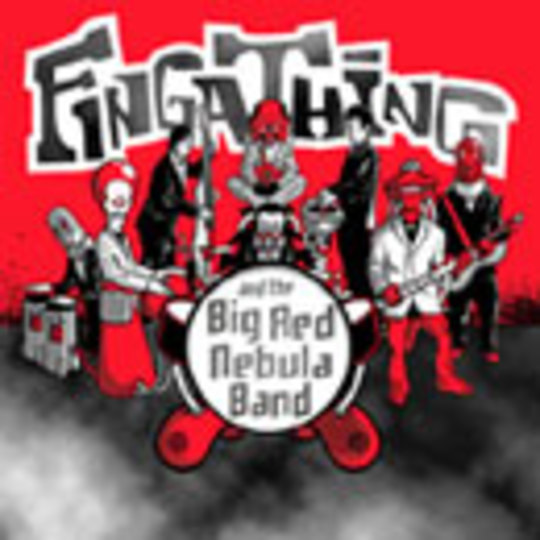 Ladies and gentlemen, please return to your seats. Make sure your seatbelt is fastened and your visor clicked secure. You are now entering the weird and wacky realm of Fingaland, a bizarre extra-terrestrial world within the collective minds of Manchester-based duo Sneaky and Peter Parker where anything is possible. Following on from their ‘deaths’ in their last album ‘Superhero Music’, this third opus sees their coffins being hurtled into space where they fall into a new space-time continuum: ‘The Big Red Nebula’. What follows is a bizarre journey through this alien landscape as they encounter the three Emperors of the planet Bolus (‘Bolus’), joyriding space scalleys (‘Cluster Buster’), giant robots ('ReAnimo') even finding the time to drop by an alien fashion show (the jaunty Eastern-flavoured ‘Music To Watch Aliens By’).

Such an enigmatic fun-filled narrative is brought to life through a blistering mix of eclectic beats, decimating breaks, crazy-ass funk, drrty electronics and energetic dance-spurring lunacy. It’s a wholly invigorating listen from start to finish and by far their best, most diverse material to date.

‘Big Bang’ _is a ground-shaking hip-hop storm described by the duo as _“Electronic metal with an Elizabethan twinge”, probably thanks to Sneaky’s double bass chords slurring furtively through the mix while Parker’s electro blips attempt to illustrate the unwinding of a giant clockwork baby whose head is a planet made by ‘Whistles’ the tin robot. Enigmatic? Complete barm-cakes more like! Elsewhere, the beat-pounding bass vibes of ‘ReAnimo’ crackle with a grimy, menacing old school trounce, before morphing into a intoxicating merry-go-round of dope-smoking funkadelia and quirky turntabling twists.

An absorbing adventure through what can only be described as Fingathing’s very own never never land, _'The Big Red Nebula Band’ _is a beatastic smattering of sounds so intoxicating that by the closing _‘Return To Earth’ _you’ll never want to leave. An outright classic.

Over The Counter Culture