Over The Counter Culture 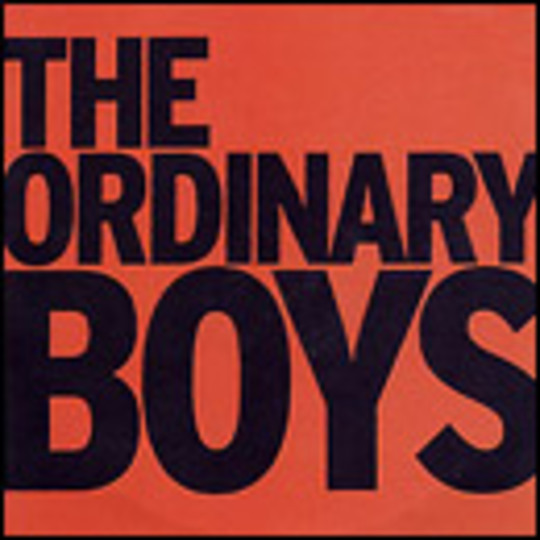 Shout it from the hilltops, the urban decay, the suburbs: here come the socio-political art-school saviours of all musical humanity. Sadly, they couldn’t be here tonight. Meet a pale facsimile of all the bands you refused to care for the first time around.

Oh, ho ho. It’d be too easy to turn their (arrogantly sarcastic?) name into a weapon of wordplay wonder, simpler still to deride their moth-bitten rhetoric. But with such kamikaze at work, there’s little need – after all, what kinda sick fuck carves another wound into the dead?

Angry sick fucks, that’s who. So sign us up in line to sodomize the stillborn carcass of The Ordinary Boys. We lived through Britpop for this??

There’s that sickeningly familiar tone again – the rasping, grating, in isolation entirely inoffensive, six-string bravado. The same endorphin-stripping, played-on-Union-Jack-guitars wankery that chubby Blur fans think they dig because they’re a touch, y’know, unsure about life; not entirely secure with the fact they’ve never truly discovered anything that speaks to them on any spiritual plateau higher than prehistoric indie disco level. But The Ordinary Boys could be the ones, man. Shit, it’s almost as if they have a shared existence as sycophantic fans of The Jam who didn’t ever quite fathom why their heroes left them so empty, unfulfilled like so many teenage virgins lying awake after their ‘first time’.

Now, wearing influences on sleeves isn’t such a crime if that tiny weenie concession called originality is added to the mix, or even a pretence that an idea not conceived by a bloke with a bowl cut 30 years ago is being utilised. But this is daylight bastard robbery. If Morrissey was the Queen – no jokes kids, the talentless old fucker WILL sue – The Ordinary Boys would be fellating him for all eternity, or at least exceeding their current cheek-swelling efforts, to avoid a messy execution for treason. Paul Weller and every guitar wielding ‘mod’ who ever jumped on a scooter to disguise their real identities as rich cunt daddy’s boys should probably have a word too.

Take ‘Week In Week Out’. Maybe, just maybe, try whimpering about the monotonous hard slog when you haven’t cashed a first class ticket to easy fucking street by readjusting retro rock’s cum-splattered, past-pilfering crosshair forward a few years and had the bare-faced cheek to call the results your own. Familiarity sells records. Ask Blink 182. But if future generations become any more Alzheimer’s inclined towards musical cycles, goldfish will be able to buy the Top 40 and still ponder: “haven’t we heard that before?” That old argument also resurfaces – is it possible to be anti-establishment when you’re part of the damn establishment to start with?

Hold up – is that a Moz guest vocal on the title track? Ah, sorry, another case of mistaken identity. ‘The List Goes On’ even puts the boot into popular culture, radio playlists and the press while turning a snooty blind eye to the petty theft it’s fuelled by. Meanwhile, on ‘Maybe Someday’, intensely irritating frontman Preston is “waiting for some inspiration”. Well, if there’s an open goal you have to knock it in. And ‘Little Bitch’ wants to be The Specials. The motherfucking Specials?! Leave the ska where it belongs kids.

Further in depth critical breakdowns of the remaining festering handful of entities loosely described as ‘tunes’ are – give or take the odd satisfying obscenity – futile. Because there’s only so many ways you can politely ask, “any chance you could refrain from butchering those lame impressions of The Smiths?” before things come to a sobbing conclusion, with gibbering, frenzied, desperate exclamations of, “please, just fucking STOP!”

At least closer ‘Robots And Monkeys’ has almost pleasurable Fender spikiness to accompany a rare non-pretentious title outside for a good shoe in, but by track 12, frankly who cares? It’s all as pathetically British as late trains, rubbish weather and ineffective foreign policy.

Here’s the deal: ‘Over The Counter Culture’ is a gang with average intellects telling you shit you already know. Noises this tame can’t be revolutionary, and if you need that explained, The Ordinary Boys will make perfect company in your sheltered province of pointless indiedom.