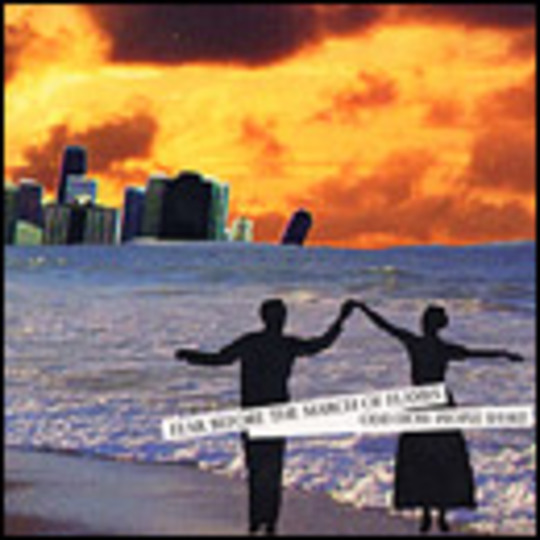 You've seen them, I've seen them: little teens venting their rotten spleens onstage to a backing track of sub-Nirvana, no, wait... sub-silverchair grunge-lite and making as if they're as tortured as an Iraqi PoW. This, as painful as it is at the time, is how many musicians find their feet. Not so Fear Before The March Of Flames. I mean, the name alone doesn't exactly cry 'long hair, battered guitar, striped grunge sweater', does it?

Dispell all thoughts of teenage angst, and replace them with aspirations of hardcore experimentation and punk rock evolution - this is how FBTMOF are thinking, and they're doing it in their teenage years (well, kinda; a couple of 'em are 20). Think The Blood Brothers; think Botch; think Converge; imagine a band throwing influences from each into a mix. Exciting, non? This debut is far from the fully-realised final product, but as blueprints for future releases go, it's pretty special. 'Girl's Got A Face Like Murder' is as good a representative album track as you'll get, all wailing vocals and guitars that sound as if they're being stabbed at with an ice pick, but no single track really stands out - there's just so much going on here it has to be appreciated as a whole. 'The 20th Century Was Entirely Mine' meanwhile packs enough killer hooks into its three minutes to keep a North Atlantic fishing fleet supplied 'til Christmas, and should tempt newcomers to this post-hardcore thang away from the more chart-friendly acts they're currently used to.

Kids doing it for the kids? Who'd have thought? Roll on the sophomore effort, due this September!