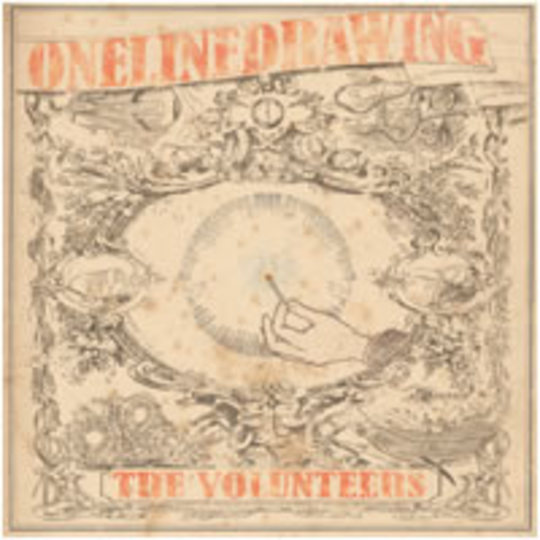 One-time Far front man, Jonah Matranga (aka Onelinedrawing), is one of those musicians peddling the fine line between sappy, punch-worthy emo boy martyr, and sensitive, proper singer-songwriter. He’s unlikely to sell a million albums but that’s OK – he can be our little secret.

You see, due to the tongue-in-cheek nature of tracks such as the breezy ‘Over It’ (complete with chant-along at the end) or the comical “boys keep FUCKING up my car!” whine found on the all-too-short ‘Oh, Boys’, it’s difficult to dislike ’The Volunteers’. There’s plenty going for it: the observational lyrics of ‘Livin’ Small’ with its “punk rock pimps and ho’s”; vulnerable weepies such as ‘Stay’ and its Interpol-like guitars, and the more stripped down dump-ballad ‘Believer’; full band rock-outs (although these are in the minority) and an instrumental penultimate track which somehow rears its head above the dreaded word ‘filler’.

It’s one of those growers. The lyrics are clever. The running-order is immaculately conceived - it's practically a concept album. The packaging is truly lovely. And he’s just found himself another fan. Do you think he’ll let us adopt him? As long as he cheers up a bit, mind.