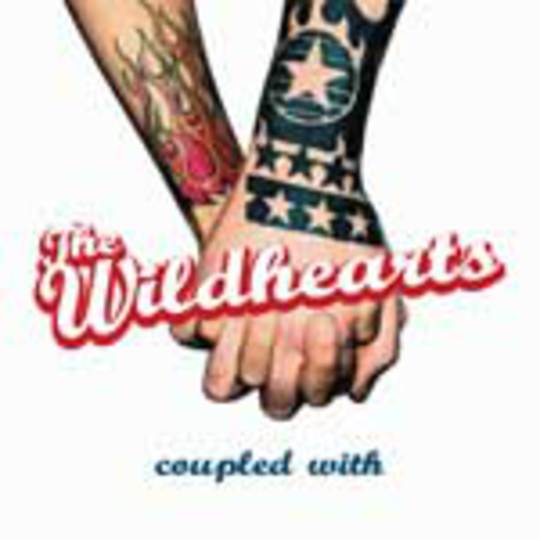 Last year's The Wildhearts Must Be Destroyed was, it's fair to say, loved and loathed in roughly equal measures. For those who felt short-changed, Coupled With, a collection of recent B-sides along with lost single 'Stormy In The North, Karma In The South', might serve as something of an antidote. It's the stuff that didn't fit in with the sugary, loved-up theme of the album; the stuff with the balls. And there's a lot of it.

So it's business as usual then: big chunky riffs out for the lads, harmonies to die for and choruses which either fill your head, crush your head, or just bury themselves in there somewhere, never to leave. 'Stormy...', 'Move On' and 'Better Than Cable' are vintage Wildhearts rockers, 'Looking For The One' is pure anthemic joy, and 'L.T.D.' might just be the most infectious tune the band have recorded. It's also the most convincing argument yet for breaking Ginger's songwriting monopoly, written as it was by occasional stand-in bassist and full-time Cardiacs nutjob Jon Poole. Also in the should-have-been-a-single category is 'Cheers', a suitably Wildhearts-ised cover of the theme tune from the appropriate sitcom which sounds almost pop-punky enough to be Good Charlotte, albeit without the arse-faced goon.

It's not all perfect, of course - as 'Move On' so poetically puts it, "Nobody ever never got it wrong." '6:30 Onwards' and 'Hit It On The Head' are decidedly weak, and 'Return To Zero' would benefit from at least a hint of melody. It seems churlish, though, to criticise B-sides for being of B-side quality, particularly when there's over an album's worth of classic Wildhearts action.

I Brought You My Bullets, You Brought Me Your Love