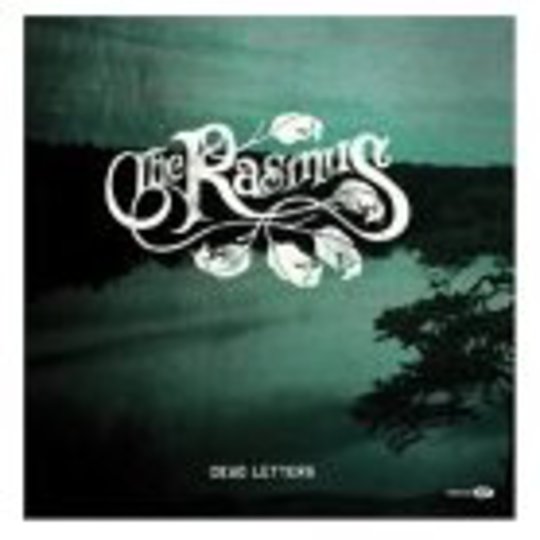 Judging a book by its cover and all that should be dissuaded around here, but it’s difficult not to on ‘Dead Letters’, the debut album from Finnish rock newbies The Rasmus. These guys are already striding Europe like titans, topping a large number of single and album sales charts in several nations, and by the look of growing media coverage over here it appears they’re set to crack the UK as well any time soon. Yet I’m looking at the gothic nature of the front cover, the dark forest imagery, the quote explaining what a ‘dead letter’ actually is, the photographs of band members sporting goatee beards and hoodies from their own merchandise stall. The words “metal” and “nu” spring to mind.

And those two words stay in the mind throughout. Don’t gnash your teeth just yet, though, as the album is saved by the single ‘In The Shadows’, or more specifically the riff it employs and the “uh-oh uh-oh” refrain that is added liberally into the song’s structure. Although not the ceaselessly infectious tune that the accompanying press release would like you to think it is, it’s still the most consciously insistent use of “uhs” and “ohs” since Beyonce did her thang on ‘Crazy In Love’ (only not as good), and feels like a relief even after only one track. Admittedly there are some other appealing moments present, such as the way that ‘In My Life’ and ‘Back In The Picture’ try to quicken the pace by bordering on the emo, and the five seconds of ‘Time To Burn’ that sound like Black Sabbath before the harmonies and key changes bring an altogether more ‘Hair Metal’ feel.

But a large quantity of the album is all too predictable in its dire nature, ranging from what sounds like a high-pitched Nickelback to a half-arsed Lostprophets. Even the lyrical content is painful for all the wrong reasons – for example the chorus in Linkin Park-lite track ‘Guilty’: “Guilty / Woah / I feel so empty / Woah / Empty”, which just about sums up the sort of ‘pain’ they want you to feel them expressing. Even closing track ‘Funeral Song’ threatens to become a piss-take of Limp Bizkit’s ‘Behind Blue Eyes’ but, sadly, doesn’t.

Nice try then, lads, but I assume the rock’s too diluted to excite many beyond the daytime FM playlist lovers. Needless to say, they’ll be huge.

If We Meet In The Future