Digital Ash In A Digital Urn 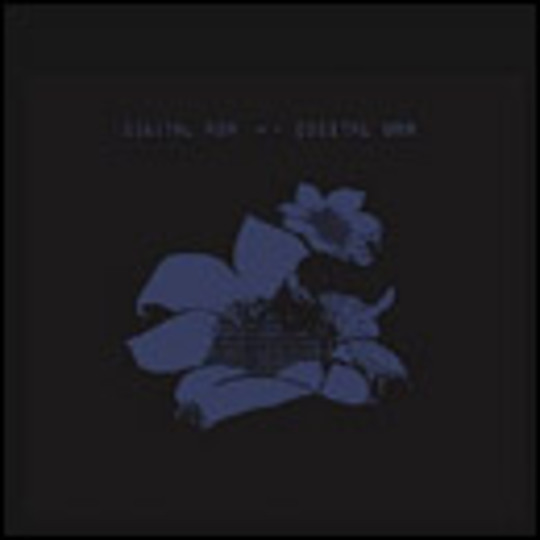 Won’t you take a swing at me

If you could just crack the shell open

I think inside you would find…”

What, Conor? What? A melon? A spaceship? The key to the diary that you keep so well hid’?

Don’t believe a word of it – so little on Digital Ash… could be summarised as ‘sweet’. Sure, Oberst’s voice still resonates with all the fear of an eight-year-old boy left stranded in a shopping center (mall) without his mother (mom), each and every line delivered with a quiver that’ll see his top lip out of action before he turns 30. But the music – sweet? The electro’ bleeps and synthetic beats that pepper this album are far from that. They’re as dark as night, for the most part, and lend themselves well to the subject matters at hand which, let’s face it, were never going to be ‘sweet’.

‘Theme From Piñata’, quoted above, is one of the lighter moments on Oberst’s full-blown ‘band’ record – the accompanying release I’m Wide Awake It’s Morning being a far more traditional, stripped to the point of nakedness offering that’ll better suit the palette of old-schoolers, initially at least. Recent single ‘Take It Easy (Love Nothing)’ is another, a breezy pop tune dressed up as something a lot darker, industrial beats glossed-up to a mirror finish. Neither are representative of an album that, at its peaks, is of an emotional depth immeasurable through comparison to other acts. But then, this you knew. What you didn’t know was that a primarily studio-centric album, full of technology, could sound so organic. Digital Ash… possesses moments where the casual listener will stop everything and listen attentively, ears pricked like leaves to the sun; to long-term, hand-inside-heart fans, these moments will be cherished for time immortal.

Take ‘Down In A Rabbit Hole’, for example; some dozen listens later it remains my personal favourite. Perhaps its strengths lie partially in the failings of the songs that surround it – neither the aforementioned single nor ‘Arc of Time’ can match its emotive qualities or simple musicianship (indeed, the latter track is something of a stinker by anyone’s standards). Perhaps, though, it’d be wrong to take anything away from a song that is, for whatever reasons, utterly and breathtakingly beautiful. It aches and moans with longing, the perfect aural realisation of feelings for which there are no words, where a facial expression is all the body can muster, at best, in reaction to whatever’s provoked it. Synthesised strings propel it through early stages, the song building in volume, until the real deal take over, swooping gracefully and filling the gaps in sound with such glory that it’s all too easy to reach straight for rewind, just to hear those first few seconds of grandeur again. Fleshed out with keyboard and guitar work by Nick Zinner (Yeah Yeah Yeahs) and beautiful backing vocals from Azure Ray’s Maria Taylor (truly the voice of an angel), the song is, well, amazing. That it arrives at track four of twelve is unfortunate, as not one song afterwards can match its understated yet totally epic qualities.

It’d be easy to call Digital Ash… a classic based on this song and a handful of others (’Gold Mine Gutted’, ’Light Pollution’, classy closer ‘Easy/Lucky/Free’) alone, but it’d also be wrong. This is not a classic – each high is paired with a low of similar scale, so whilst ‘Down In A Rabbit Hole’ scales heights previously thought unreachable, ‘Ship In A Bottle’, with baby samples screeching over the top of the most base-level beats, is plain annoying. It is an achievement though, and one that Oberst should be immensely proud of. He’s successfully shown that he is capable of lending his talents to a myriad of styles, showcased over this album and its sister release. He is one of the most naturally talented songwriters of our time, of this time, and for that he deserves all the acclaim that's come his way. What he’s not, yet, is perfect, nor is he 'sweet' in any meaning of the word. But be honest: would you want him that way?