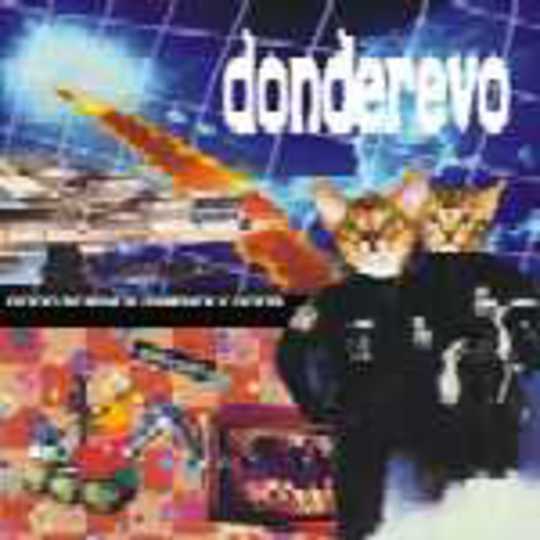 Science indeed, but I’d dub it mad science rather than good. Enclosing space age ramblings on futility, meaning, love, hope and dreams within a sleeve featuring astronaut kittens, gophers, egg and bacon omelettes and zeppelin crabs, this feels less like the creation of a benevolent God than the brainchild of a musical Doctor Moreau.

Sounds good? I sincerely hope so, because this album is sheer genius, a chilling and thrilling rocket ride through songs as direct and instant as a musical punch to the gut - it was hard to lift myself above the impact of first (and second, and third, and fourth…) listen enough to write about it. You just want to lie and luxuriate in it, to soak up the sound until you reach bursting point. Whizzing, quicksilver keyboards, powerful guitars and bleeping error effects under an almost wistful, jarringly human vocal come together to produce a sound that feels untethered and risky, too big for your ears to take in or for your mind to process. Complex without being showy about it, 'Good Science, Friendly Gods' never quite does what you expect it to, never sounds familiar or homely, and won’t allow complacency in the listener.

Listening to this sets your skin tingling. Partly at the sheer joy of listening to something so damn good, but also because GSFG is loaded with a fragile, breathtaking beauty and aching desperation which bypass the mind and head straight for the gut instincts. Songs such as 'Tonight We Steal the Stars' with its twisting sense of yearning and impossible hope, or the soft sadness and reluctant sense of resignation in 'Double Etheric Diagnostic', leave you breathless and utterly overwhelmed, wanting to hear it again and again and again, and getting the same dizzy rush each time. If you need to auction off your grandmother to get hold of this album, so be it. Throw in her rocking chair and knitting needles if you have to - your sacrifice will be well rewarded.