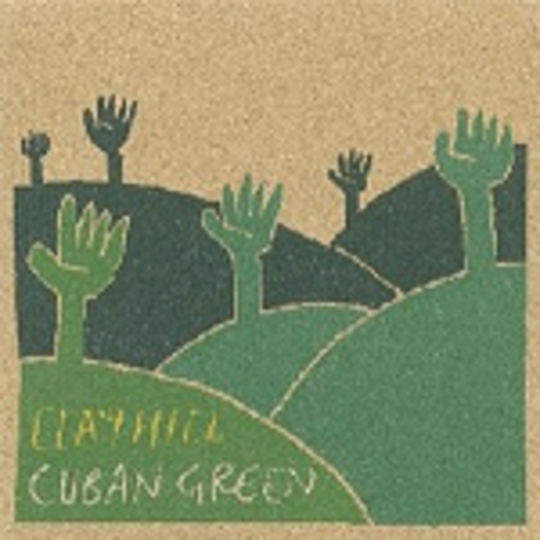 It's difficult to know what goes through the minds of most A&R "scouts" when they're sent on a mission to capture the next big thing, which is more often than not a mere caricature of the current populist trends.

Take the garage rock thing for example: hardly an inspirational or innovative genre seeing as every band worth their salt has gone through a primitive rock'n'roll phase since Buddy Holly first uttered the phrase "that'll be the day-ay-ay, when I die...". Yet somehow, the so-called "authenticity value" has managed to cloud over the reality of the matter that this sub-genre of music is frankly dull, dull, dull.

Fortunately, Clayhill don't play garage rock, or seemingly have any intention to ever do so. Instead, 'Cuban Green' fuses together a mixture of suburban diatribes and laconic observations set to some of the most simplistic and yet rudimentary musical arrangements. Think Elbow writing about a three week vacation in the Patagonian glaciers, or even imagine what tales John Lee Hooker would have told if he'd spent weeks cruising up and down the M6 and M2 between Stoke and Whitstable.

Originally conceived by guitarist/composer Ted Barnes, the moment Clayhill really come into their own is via the desolate tones of ex-Sunhouse vocalist Gavin Clark, who adds an eerie passive drawl not too dissimilar to Guy Garvey or I Am Kloot's Johnny Bramwell. Indeed 'Face Of The Sun' surpasses the latter's closing time fables for a more inanimate lament a la Parsons or McGuinn, while the opening bars of 'Figure Of Eight' impassionately retread the same steps as Lynyrd Skynyrd's 'Sweet Home Alabama', Barnes and Ali Friend's exquisite melody complimented by Clark's Marlborough-stained harmonies and Tim Weller's brushstroked skin-bashing.

The highlight of the album though is undoubtedly 'Grasscutter', which explores the same paranoid visions lyrically as Mark 'E' Everett at his most incessant. The story of a guy mowing his lawn may not seem like the most fascinating idea to put into song, but the way parts of the verse speak from the perspective of the grass ("Out come the blades again...") to the grass cutter's triumphant battle chorus ("Lift your heads up cuban green, I'm coming for you, I'm coming for you") conjures up visions of Field Commander Alan Titchmarsh in full military attire as dandelions and buttercups scatter everywhere for sheer survival.

'Cuban Green' contains only six songs in total, yet as a precursor for Clayhill's first "full" collection of surreal ditties about all things outdoors, can only prolongue the intrigue as to where messrs Barnes, Clark and Friend might draw their inspiration from next.

Give People What They Want In Lethal Doses