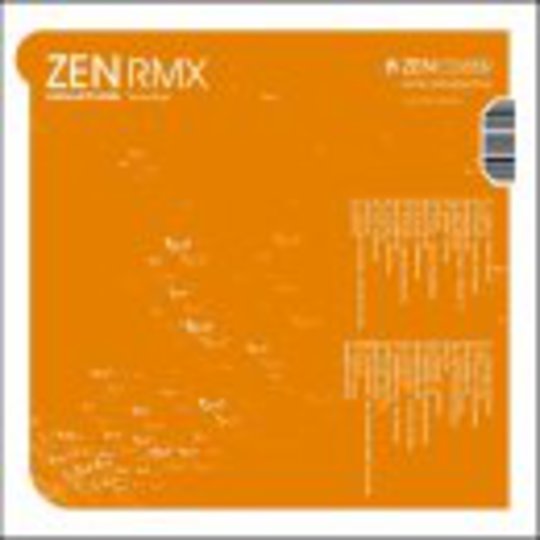 In the post-euphoria years between the mid-nineties and the turn of the millennium, the nascent, experimental Ninja Tune imprint spearheaded the invasion of the dance world into the bedrooms and basements of the left-field consciousness. The label began in the earliest of nineties when legendary production and sampler pirate team Matt Black and Jonathan Moore - aka Coldcut

Initially focusing on the merging of hip hop, jazz and the beats and breaks therewithin, the last decade of Zen has seen the label cast its net wider and take its concepts further. Beat's n' pieces staple artists like DJ Food, Hexstatic, Wagon Christ (aka Luke Vibert) and Coldcut themselves have been joined by the slow chamber dub of **Cinematic Orchestra, the ambient soundscapes of **Neotropic, and the straight-ahead UK hip-hop of The Herbaliser and Roots Manuva. All of who, naturally, contribute to the ZEN CD retrospective set.

There is not one single duff track here; for this is the 'classics' or 'big ones' Zen collection. For there to be a dodgy track amongst these 32 would be as imaginable as Abba releasing a CD of hookless ditties. However, if you're looking for particular highlights, then you could do worse than cast your ears over the double-billed head nodding bravura of DJ Food's 'Dark Lady', and Coldcut's 'Atomic Moog', both powered along by intoxicatingly insistent, weaving basslines. Or perhaps the repetitive jazz beats of Mr* *Scruff's 'Get A Move On' and 'Sweetsmoke' (complete with additional obsessional synth stabs). Alternatively, try the ever-building, spooked-out rhythms of Amon Tobin's 'Sordid', or the smokey sax'n bass stax of Funki Porcini's drifting 'Long Road', complete with sweet soul cut-up vocals.

Perhaps the only other label to compete with Ninja Tune for the title of most consistently inspiring is the mangled electronic factory that is Warp Records, but arguably Ninja wins out due to its almost mind-bogglingly assorted array of talent. Where else could the beautiful ambience of 'Autumn Leaves' (Coldcut) sit next to strangled, Russian jazz breaks (Kid Koala's 'Skanky Panky')? And both be utterly fabulous?

The remix double-set (ZEN RMX) is also worth throwing your cash around for. Unlike many, many remix affairs (crappy bonus discs thrown on the back ends of dodgy indie band 'best of's), the world of the musical re-arrangement lends itself perfectly to Ninja Tune, and there are moments on the remix discs that arguably exceed those on the retrospective discs. For example; Squarepusher's treatment of DJ Food's 'Scratch Your Head' is a joy to audibly behold, and ranks as one of the best things that Squarepusher has done. Quite a statement. Add on the classic remix of* 2 Player*'s 'Extreme Possibilities' by Wagon Christ, and the sumptuous re-working of Cinematic Orchestra's soothing 'Evolution II' (from Patrick Carpenter [aka MR P], a Ninja unsung hero) and it's a mammoth twenty-track collection. Personal favourites though, are DJ Food's treatment of Herbaliser's 'Mrs Chombee...' and **Jamie Hodge's hip-hop deconstruction of **DJ Vadim's 'USSR Reconstruction'.

Search around the internet (www.amazon.co.uk for example), or hit up the www.ninjatune.net website, and you can get both releases together for under £20.

The DVD contains a 35 video anthology of the label's career, in addition to a 15 minute video megamix from multi-format master Hexstatic, plus a gallery of sleeves. You can also watch the videos in the order intended, by artist, chronologically forward or backward, or Memento stylee - randomly. DiS must mention however, that we had our DVD player stolen, so haven't actually gotten round to watching the thing. We do remember from our university days that these videos are rather top though, so it still comes heartily (if foggily) recommended.

The heyday of Ninja Tune being the foremost beacon of alternative light in the beats and breaks world may have passed with the changing of the musical guard - the label will always be associated with the world of trip hop, **DJ Shadow, **Mo' Wax et all - but it will continue regardless, still producing work of great quality, vision and originality. However, for a five-or-so year period, the world of the Zen was the undisputed king in the smokey bedrooms and run-down club buildings of the nation. This 5-disc anthology is a testament to that fact, and serves both as a superb collation of the label's prime work for Ninja afficionados and a great starting point for newcomers to the world of beats 'n pieces. Let Us Play.