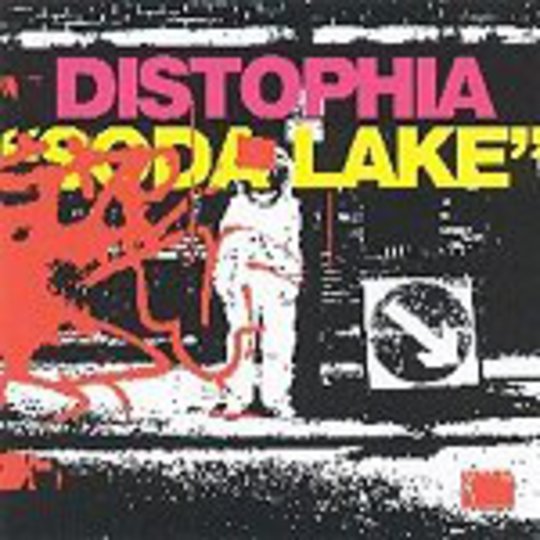 Recorded in just 10 hours, this here be seven crafty pop gems hidden under a tsunami of discordance, all bright-tailed and bushy eyed or something like that. No verse-chorus-verse action here; more like the brutal torturing of a poor, helpless, but probably cheap guitar, the amp’s volume control, a knowing nod to Pavement’s melodies and Mogwai’s effects pedals, and numerous squawking ‘beat’ ‘combos’ in the US lo-fi scene from back before Toerag studios was famous.

Whilst trying to make the melodies inaccessible, these cheeky tykes from Ozzy’s old home city have only gone and made them all the more appealing. And whilst The Darkness, god help us, are making guitar solos fashionable again, Distophia (who are probably half the age of the Lowestoft four) have an admirably casual disregard for such flamboyant frivolities; songs in the key of “grrrnngrgrg,” if you will; let’s rename this chord “ARGH”; the anti-guitar solo. Good. It’s unlikely to have them shagging the Top 10 anytime soon, but who the fuck cares, eh?

We had similar noise merchants in the late 1990s, fawned over by every spunky, badly photocopied, badly named fanzine. Distophia are already way cooler (and better) than Urusei Yatsura ever were, and more ambitious than the incredibly underrated and much-missed Cable. The main fault of ‘Soda Lake’ is the occasional voyage into meandering feedback and untuned sloppiness (‘Conservative Drive’), which is sometimes irritable rather than endearing if you listen too hard. Fortunately, it’s more than made up for with the immediacy of ‘San Diego Hair’ and ‘Cats Of Brazil’, and especially the crashing, irresistible chorus of ‘Joanne’… in fact, just everything about this ace wee pop song is, well, ace.

Welcome the new kings of the popcore generation.