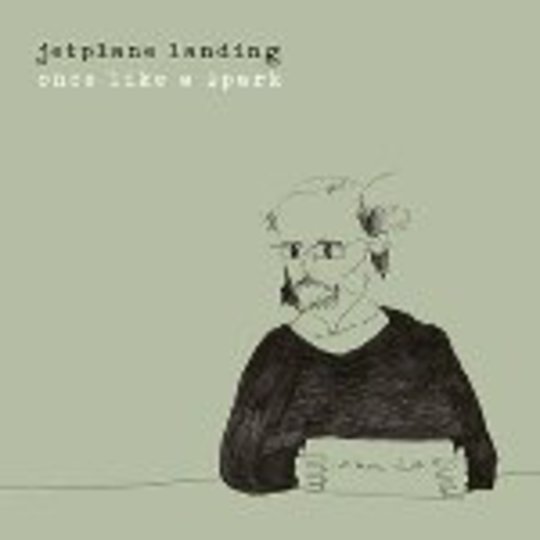 Jetplane Landing are not hardcore, emocore, or any other kind of core; they are simply a great rock band. Like Busted are going to be the bridge which gets pop kids into more guitar music, Jetplane Landing have, on a small scale, brought the independent/DIY culture to an audience which wouldn’t normally have noticed or cared about such a thing.

‘Brave Gravity’ is the one track which sums them up; a deceptively simple verse leads into a deformed riff and killer tune. Along with the angry angry angry single ‘Calculate the Risk’, it’s definitely a highlight. Lyrically throughout all 11 tracks, Andrew Ferris sometimes sounds confused, firstly getting all emo on our ass, self deprecating one minute then optimistic the next (“sooner or later we will work this out, just like always”). He can’t get no satisfaction. But this is genuine, human emotion, not forced and fake like the Mommy Won’t Buy Me A Pony rock which dominates the American mainstream (and, sheesh, the UK mainstream too, come to think of it). Mind you, he still sounds American. Mind you, I’ve been asked if I’m “Northern Irish”, and I come from the Scottish Highlands for fuck’s sake.

So all told, it’s pretty great. It’s cohesive, vibrant in its energy, not too inward-looking, not at all self indulgent. They have enough ingredients to take them to the next level, to step up the indie ladder, to change things for the better. A small part of me wishes that Jetplane Landing would just sell out and sign to a big label and take over the world. Too much of this DIY thing they extol is preaching to the converted.

Anyway, sod that. Jetplane Landing have just made the album which debut ‘Zero For Conduct’ promised but never quite reached. They have ripped it apart and shat on its rotting corpse. Pioneers of a genre they are not, and this is still not revolution rock, yet ‘Once Like A Spark’ stands head and shoulders above many rock records released this year. This is what they call progression; the sound of a band finding their voice, churning out taut rhythms, pseudo metal riffs and enough melodic twists to make you go PING! A triumphantly addictive, if sometimes frustrating CD.