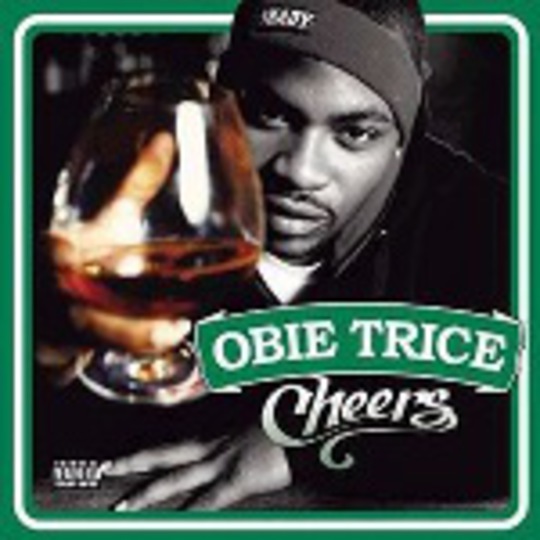 “Obie Trice – real name, no gimmicks”. Straight to the point, here’s a statement of intent set to become as household as “my name is Slim Shady”.

So, meet a menacing former dealer taken under the mighty wings of Marshall Mathers III and Andre Young. Stop us if you’ve heard this one before. Oh, you have. But this ain’t 50 Cent. Hell no. This guy’s gonna show Fiddy for the beefcake bullet-eater he really is.

Obie Trice may be pushing the celebrity count through the goddamn ceiling – Dr Dre and Timbaland both do cameos behind the desk and mic, while the executive producer is Eminem himself. Good job this album is chock full of more cast iron monster tunes than any mainstream rap LP this century then.

‘Got Some Teeth’, already integrated itself into the MTV echelons, admits nicking ‘resung’ elements of Em’s ‘Without Me’ then exclaims, “me: big lips/you: no teeth/it wouldn’t work!” In the time it takes to figure what the trucking hell Obie’s jabbering about, you’ll have already been flattened by classic Death Row-style gangsta ditty for the 21st Century ‘Lady’ – complete with Eminem’s unmistakable breathless mania – and the disarmingly catchy Betty Boo-on-helium female refrain of ‘Don’t Come Down’.

‘We All Die One Day’, meanwhile, is bashed out by a mega-multi-million supercrew of Obie, 50 Cent and pal Lloyd Banks, plus the omnipresent Mathers. Young Em touchingly chats about “Hello Kitty slippers”, before offering to make you a “pin-cushion” for his blade, naturally.

Even more dangerously, it seems the long-running Shady Records/Murder Inc beef isn’t about to go away. ‘Shit Hits The Fan’ – with Dre’s unmistakable stylings tagged all over it – has enough Ja Rule disses to perpetuate the quarrel for many months to come. Scarily, it’s widely reckoned to be only a matter of time before someone pays for such on record sparring with their life.

How apt that it’s followed by ‘Follow My Life’, built around beyond-the-grave Notorious BIG action. Mo’fucker. There’s awesome stabbing keyboard production to die for too.

‘Hands On You’ is a bona fide hit in the waiting, once again aided by Slim Shady, although it becomes increasingly apparent that Trice often spits, to retardedly paraphrase, like a black Eminem. There’s more to him in reality, but occasionally it’s difficult to differentiate when they’re trading quick-fire verses.

No matter – even Busta Rhymes and the much-maligned D-12 can’t destroy their contributions – proving there’s magic at work here for sure. But one gripe Obie, Em – Nate Dogg (who pops up on ‘The Set Up’ and ‘Look In My Eyes’) has always possessed a voice so one-dimensional that it crashes right through ‘recognisable’ on a collision course with ‘really fucking annoying’.

Still, that isn’t about to stop the inevitable. “Obie ain’t playin’/Obie’s got a plan”, Trice threatens. And thus, the next rap superstar is born.