How I Learned To Stop Worrying And Forget The Bomb 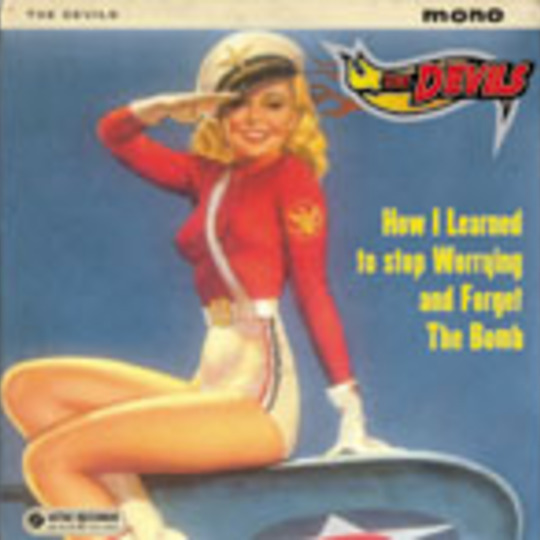 Loud, noisy, messy. Three words that immediately spring to mind when confronted with The Devils' choleric din. But then, with members of UK noisecore gurus *Stalingrad, Hard To Swallow, Doom *and the one and only *Extreme Noise Terror *in the ranks you ain't gonna find no Christmas No.1 contenders on here!

The concept of this, their debut, is reflected somewhat in its title, but inspiration seems to have come from Lard’s _‘Pure Chewing Satisfaction’ _artwork, the CD being packaged in a pre-1950s/wartime fashion with various military and political quotes that serve to highlight the futility of war, including statistics such as how much nuclear weapons the US currently has and how many nuclear threats it has made during political disputes.

Through song-titles such as ‘One Man’s Meat Is Another Man’s Forearm’ and ‘Don’t Rape My Papa And Then Rub Your Penis In My Face’, these Bradford-based noiseniks seem to cover some pretty controversial subject matter, although the lyrics don’t overtly appear to make that much sense. The Devils are fronted by two burly skinheads whose hostile throat-wretching seem more than capable of reducing the likes of Raging Speedhorn’s dual throat-shredders to tears, so venomous and hate-filled is their assault, and through containing some of the hardcore thrash scene’s true protagonists, 'How I Learned...' is an essential purchase for anyone still recovering from the onslaught of their aforementioned previous outfits.

Sick Of It All

Life On The Ropes