Sick Of It All

Life On The Ropes 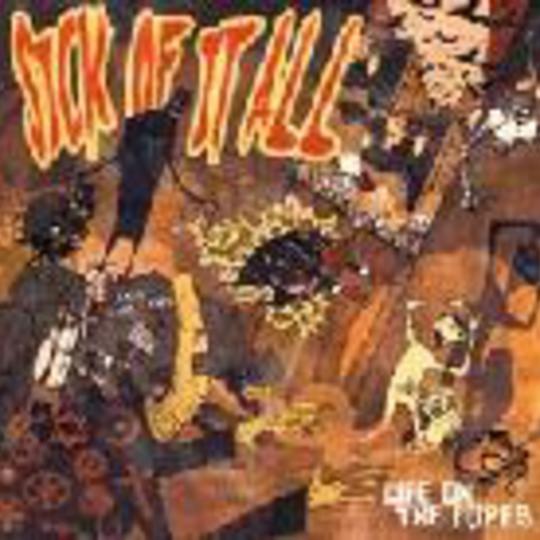 _“Stanley, see this? This is this. This aint sump’in else. This, is _this,“ so says the curious character opening up Sick Of It All’s fourth full length for Fat Mike’s *Fat Wreck *label. What ‘this’ is, incidentally is Sick Of It All at their very best.

They’ve already proved themselves as one of the scene’s truly awe-inspiring live bands, thanks to punishing touring regime each year, yet every time a new record’s due they always come up trumps, only this time they really have produced possibly their best album to date. Seriously. Sounding as fresh and challenging as ever, this is highly energised, steamrolling hardcore that boasts the kind of classic mic-grabbing anthems that you feel you’ve known for years. Forget _‘Injustice System’ _or _‘Scratch The Surface’ _– when you have songs like _‘Silence’ _and _‘Relentless’ _you’d be quite happy if they ignored their older material and just played through this album live.

However, with the highs come the lows and there is one part in this album where *Sick Of It All *reach a real low point for me. Although hardcore can be a notoriously fickle and intolerant scene at times, I’ve always thought Sick Of It All were a band that showed an element of respect when it comes to opinions that differ somewhat to theirs. Yet the song _‘For Now’ _just belittles anyone else who sees things differently to them, and coupled with the artwork, gives out a very depressing almost apocalyptic message. And there was me thinking hardcore was a _positive _medium for expression. It is a relatively minor gripe though, in an album that fires off shot after shot of faultlessly blistering hardcore aggression that just cements their reputation as the kings of hardcore.

In fact, no one else even comes close.