Let's Do The Don't Care 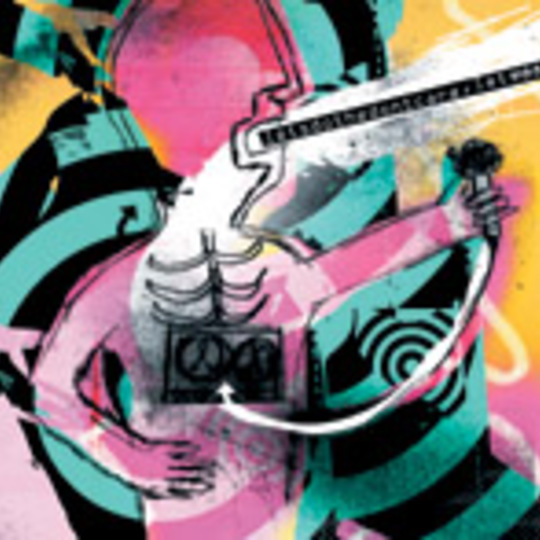 It would seem that the resurrection of horizontally striped Breton vests, lopsided mullet haircuts and a brand of heavy metal that owes more to hairspray and tight-fitting PVC than the music hasn't just been confined to the UK. Indeed, the fascination with all things Wire, XTC and Gang Of Four has not only landed the hotly-tipped 'The Futureheads' on our plate, but a million and one other bands stuck in this "Kings Road 1979" timewarp from across the other side of the pond, too. Nobody tell them their newly found religion was festering on our very doorsteps all along, though.

Not that Punish The Atom care. Even the album title tells you what they think and yet barely half an hour later, you're left speechless. Not just bewildered but absolutely ashamed that somehow the most brutally incisive piece of angst-ridden art-rock ever, could be allowed to slip by without even a murmur. (You mkay remember that first time around this shit didn't sell for toffee.)

They open with the full scale onslaught of 'Its All About The Drugs In The Make Out Club', which sounds like Andy Partridge leading the Fall through the Ladybrook estate on a cold wet January night in 1984. It's probably how The Futureheads intended their '1-2-3-Nul' EP to sound - an all-consuming, potent mixture of boisterous terrace chanting ("we say shut it down") and scratchy, noisy guitars that sets the scene for Punish The Atom's debut long player. Naturally, there's no let up from here on in.

The Mint 400 eulogy 'Negative' leads Punisher Joey Bell screaming "Smile for the camera, I am the photographer, you are the subject" like some deranged drug addicted harridan over more chainsaw guitars, before a more sedate tone of voice enquires "why can't we all just get along?.." in one of those nice voices usually reserved for family get togethers on the even more frenetic 'The Day The Tape Stopped On All Electric Ants', which causes a nod of the head both in agreement and to the Fall-go-on-a-daytrip-to-Seattle sound ripping through the speakers.

'I Can't Remember The Last Time My Brain Stopped Working' starts off as a gentle chug, waiting for Johnny Legender to gleefully riff it to evil shreds. 'Finally America Finds The Axe' and '...It's Political Design' both marry an almost Dylan-esque lyrical potency to a skyscraping noise not heard since the last Black and Deal masterpiece.

There are a number of reasons why you need 'Let's Do The Don't Care' in your life, and eight of them are staring you in the face on this CD. Now it's up to you to spread the word.

The Execution Of All Things