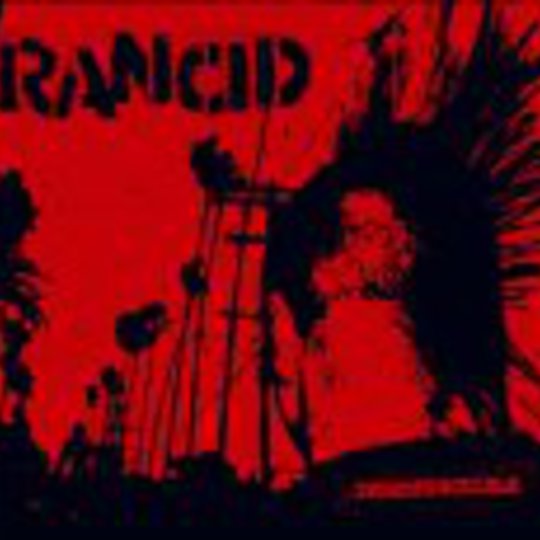 Dedication. That’s what I call it. I’ve been a huge fan of Rancid since I first heard 'Rats In The Hallway' on 'punk o rama 3'. I bought all the albums, I bought T-shirts from America, I own signed artwork and have three tickets for the up coming Manchester gig. I am, it could be said, a fan.

I’ve stuck with rancid through it all. The weird reggae album ('Life Won’t Wait') is one of my favorites. The follow up was all fuzz, hardcore and shouting, but it was brilliant in its simplicity, and reminded me of Bruce Springsteen’s 'Nebraska' album. Not because it sounds anything like it, but because he was an artist who, in his prime, rejected a successful formula to make an album of pure musical emotion, as did rancid with their self titled fifth album.

So here is number six. Tim’s side project The Transplants are huge. Lars is getting his kicks with the Bastards, Matt and Brett keep popping up all over the place. Oh yeah, and Tim’s wife left him and Rancid signed to a major. Sort of.

This is obviously the big one. Everyone loves punk, and Rancid are one of the founding bands of the genre’s current incarnation. And this is just that. An album by a band who sound like a lot of other bands, but not as good all the time.

The only hint of major label influence is the fade out at the end of 'Red Hot Moon', but this doesn’t detract from the fact that this is a great track. Opener, Indestructible', reminds me of Rancid of old. Brash, up in-your-face punk rock. Pop punk fans wont be too keen, but though it may be the title track, the fun is yet to begin. 'Fall Back Down', with its video featuring those Good Charlotte kids and Kelly Osbourne is the track you’ll be hearing in rock clubs for years. It doesn’t rival 'Ruby Soho' for sing-a-long-a-bility, but it’s the obvious single on the album. 'Arrested in Shanghai' feels out of place with the other tracks, but is spot on, as an example of where rancid are at in this moment.

If anything this album is a greatest hits album, full of new songs. Each song reminds me of a different album or era of Rancid. It’s been a difficult album, not just because it had such pedigree to be compared to but also with the circumstances surrounding the band.

This is an essential purchase for any Rancid fan, and all you pop punk pre pubescent types should buy it too. Not just ‘cos it’s Rancid, but because it might show the world how there is more to punk than fucking your dog in the ass. Not the best album you'll hear this year. Maybe not even this week, but still important in its own way.

Waking Up in London