The Trees Are Dead And Dried Out, Wait For Something Wild 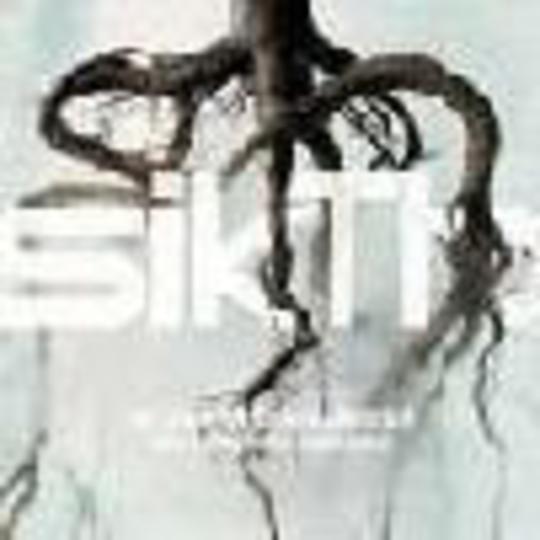 Just how do I tackle this one? I’ve been dreading this review since its first play, and in fact since I received a preview sampler of this, Sikth’s debut album; so chaotic, so sprawling and yet so full of such startling variation that to deconstruct and analyse each facet of their mesmerising disposition seems an ambitious and daunting task, even for a reviewer of my calibre (ahem).

You see, despite their reputation as the UK’s most fiercely technical math-core band, the true magnitude of their songwriting ability presents itself on ‘The Trees Are Dead…’; the album lurching from wildly convulsive metal to haunting ambience, utilising a textural palette as vast and expansive as any of Mike Patton’s dark and twisted works.

Indeed, it is during the two centre tracks, the harrowing *Nick Cave *cover ‘Tupelo’ _and _‘Can’t We All Dream’ _that vocalist Mikee W. Goodman’s Patton-influenced vocals truly proliferate. As he utters the words of _‘Tupelo’ _he does so with the crazed intensity of a psychotic madman dancing round a campfire light; while his withering yelps of _“Love is in the air / Hate is in the air / Death is in the air” in _‘Can’t We All Dream’ _are delivered like an incarcerated prisoner locked in the dark for 20 years, his mind finally cracking under insanity’s cruel weight as he comes to terms with his doomed destiny. And it’s in the closing ‘When Will The Forest Speak?’ where Mikee recites a poem in a variety of his personas that you’re left wondering just how popular Jackonory would’ve been had Mikee lent his animated storytelling talents.

But for all its mesmerising guitar work, any semblance of structure to each song becomes blurred and hard to navigate. It’s almost like they’re trying to outdo *The Dillinger Escape Plan *in opener ‘Scent of The Obscene’ _in terms of abstruse complexity and stuttering syncopations. It demonstrates their virtuosity all well and good, but ultimately leaves you more than a little disorientated and gasping for breath. The only song to really require less than a day’s playing to get your head round is _‘Pussyfoot’, with its intense and faultless musical acrobatics, whether swinging between guttural wretches and yearnful croons (thanks to second vocalist Justin Hill), walking the tightrope of ultra sharp death metalisms or firing out a cannonball of sonic scrummaging.

This is an album of titanically disparate proportions, the most logical way of understanding it being to treat it like a journey – a tour, if you will – through areas of the human mind; through feelings, emotions and experiences that are only ever frequented in extreme situations or by the clinically insane. Just as long as they steer clear of nu-metal melodies in tracks like _‘Peepshow’ _then their title as kings of extreme UK hardcore will be well within their reach.