Bound By The Ties of Blood and Affection 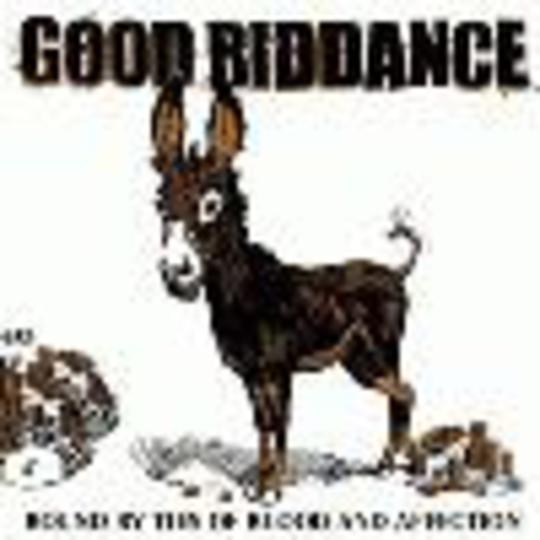 Their second full length, ‘A Comprehensive Guide to Modern Rebellion’ _(1996) demonstrated an awesome blend of up-beat pop-punkery and foot-stomping hardcore grooves. But, four albums later, the excitement behind **Good Riddance **seems to be waning, each release ostensibly shedding once-inspiring layers of verve and gristle and instead piling on the pounds of straight-up, mundane hardcore. Sure, tracks like _‘Up The Affiliates’ _bulldoze through some hard-driving riffage with the fierce emotion of early **Descendents **– something seasoned Good Riddance fans will no doubt be salivating over – but for those searching for some good ol’ Riddance melodies only a couple here manage to reach the bar set on earlier releases, namely _‘Saccharine’ _and _‘The Dubious Glow of Excess’.

Which is a shame because, lyrically, their usual socio-political assault is right on the ball, even adapting poetry from Charles Bukowsky *in the song _‘More Depalma, Less Fellini’_. Shades of harmony can be spotted through their galloping onslaught here and there, which unlike *Ignite **can make a welcome change from vocalist Russ’ monotone tendencies, but you’re ultimately left scrambling for moments to latch onto: a quirky guitar lick here, an off-kilter rhythm there, suggesting this is one album that definitely has to grow on you.

Good Riddance have always enjoyed a spin in the car stereo (this LP is no exception) but today they just seem to have reached a dead end. Let’s hope they can pull their socks up far enough to remedy the situation next time.