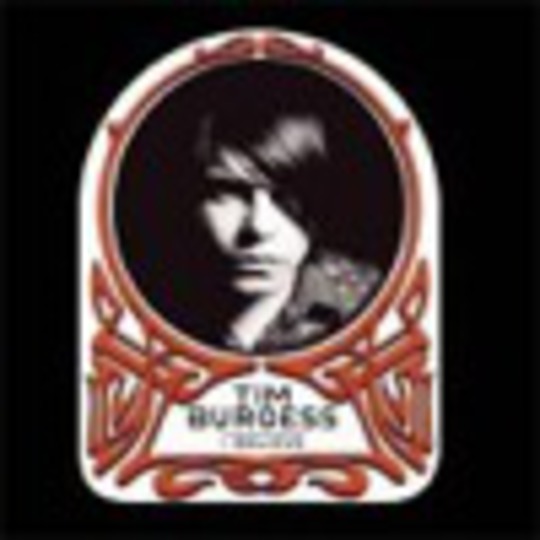 Proof then, that location, location, location is the answer. Put a stoutly Lancastrian frontman on the west coast of America for a couple of years, and see what happens. Course, Tim Burgess would probably tell you that he had it in him all the time, but ten - or even five - years ago, who’d of thought that the man in the band most likely to keep spinning the same wheel would be standing here, full of energy, joy and a lorra lorra soul?

Against the expectations of those who’d have him lose himself forever in the great city of dreams, little Tim has spent a revitalising two years cooking up his grand solo effort to prove that a good while out of The North has been time well spent. Success in this writer’s mind would have been achieved if ‘I Believe’ wasn’t a hackneyed old Dylan/country affair; so perhaps then, the most pleasing aspect is that as well as not being said effort, it’s actually a very good collection of white boy pop soul. Who’da though eh?

The brightest moments on the album are when T-Bo (as he’s possibly called on the strip) goes all out with massive arrangements and joyful tunes. Songs like early duo ‘Only A Boy’ and ‘We All Need Love’ are brazenly bold and happy songs, complete with big strings and even bigger brass. And not in that terrible Oasis style either. Other times, Burgess makes use of his recently acquired falsetto (on single ‘I Believe In The Soul’ and the Mayfield funk of ‘Say Yes’), sounding like Manchester’s answer to sex-imp Prince, with a generally pleasing effect. The odd borderline-Dylan acoustic lament (‘Years Ago’) does creep in, but they’re usually exorcised in a song’s time by another blast of good-time freeway-designed soul rock. Don’t touch that dial.

Naturally, there’s nothing new here, it’s largely a summation of the man’s loves and influences, but it’s done with enough love and care to sound like an in-thrall tribute rather than some ghastly pastiche. But faced with either that, or another chip buttie on a Saturday night, is that a problem? It seems that Lancashire’s little boy lost finally found his Santa Cruz, and really, it wasn’t too far.