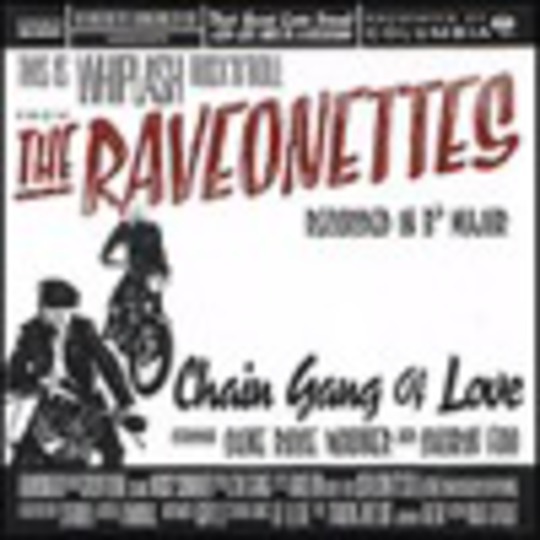 If only the saccharine-sweet original chick-flick 'Dirty Dancing' was soundtracked by The Raveonettes; it would of made for a far more wonderfully inedible perv-fest. Jennifer Grey, one speculates, would have been in her element.

Far outstripping the influence of the narcotic swirls of the Velvets or Mary Chain, '60s Spector-ised girl group tunes are the base for the seedy filth pop of Denmark's most insalubrious duo. But girls in these deviant opuses are from the wrong side of the tracks; never mind dating the leader of the pack, they're more likely to grab him by the cojones and beat him into lusty submission.

Don't let initial sounds fool you; the sweet, MBV meets Mazzy Star of 'Remember' is quickly swept aside for the feedback-drenched pop of 'That Great Love Sound', which, if it's anything like the sugar-spun drone of the titular song, is a wonderful sound indeed.

From here on in, it gets a lot darker. The harmonious 'The Love Gang' coos "Black leather and sex / it's not that complex", whilst 'Let's Rave On' insists 'Let's make out/cos I know you want it". 'Little Animals' has a sweet underpinning bassline that holds the chaotic feedback together, all swirling round the line of "_my girl / all she wants to do is fuck_".

Musically it veers from frenetic fuzz-pop barrages (of which '_Heartbreak Stroll' is a fine tune indeed, in the ramalama narcotic soul mode of '?Love Sound'), and woozy, distorted slo-mo rock echoes ('Love Can Destroy Everything_', 'Chain Gang Of Love'). Certainly not original, but at its best moments, it's a thrilling concoction and equally never less than inviting.

And like its rock n roll counterparts of many decades ago, it's ultimately throw-away pop, but equally as timelessly essential. For, in the Raveonettes' world, the black leather is worn on the street AND inside the bedroom - how cool is that?

This Is The New Shit