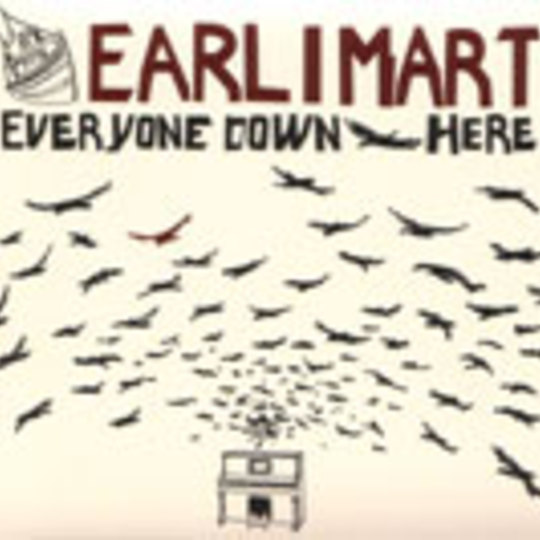 I really hate let downs. It’s bad enough being promised you’ll be taken to the fun fair and waiting three years ‘til you eventually realise you could just go there yourself, only to get mugged. It ain’t too different to getting a CD through and thinking, another boring CD... oh, ‘ang on guv’nor! Don’t incinerate it just yet! It mentions Elliot Smith (aka some kinda God round these parts!), right there on the press release. All is not lost. This might be good...

Three tracks in and I’m nearly asleep – and I’ve had four cups o’coffee! I do like me indie and shoegazery stuff, don’t get me wrong. But this is weak, lame, suburbia on a drizzly day, old fogies discussing their routines. Dull. They knew this. So they throw in an annoying synthy thrash-to-fade. Five is blank. Crazy.

Hurrah, the Grandaddy side-project (did I forget to mention that it’s a Grandaddy side-project!) delivers. You gotta wait til track six, right in the epicentre of the record when they’re ‘Burning The Cow’_. Skipping, hopping, chasing ice cream vans. It’s short lived. [PSSST! You’re prolly best off buying the single!] The remaining 5 tracks are dreary and because of the enhanced CD section skips quite a lot on my version.

Hrm, it doesn't say Elliot Smith is on this, just that he's part of the commune. It says "The Ship is a burgeoning co-operative of musicians, film makers and artists that has also undertaken production work for and with The Breeders, Elliot Smith and The New Folk Implosion to name but a few."_ And that this record is the brainchild of a producer. Makes sense now.

This could be such magic. But it comes out like the bits before Sparklehorse explode into the pits of euphoria. This could be Grandaddy writing a 3am summer record. Instead we get an ageing cat, too fat to walk over to its bowl to get the cream. It purrs. It looks cute. It shoots a glance at the cream. It half stands up… And then sleep. Never to awake thee again. Poor ol’ moggy, it’s the refuse mountain for you after all.