Sound Of The Underground 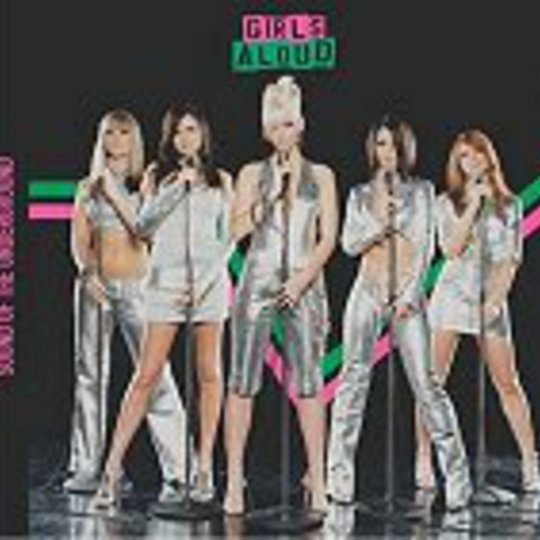 Considering that most pop albums are four singles and ten filler tracks, Girls Aloud’s debut album is a triumph. The list of songwriters and producers is long enough to give Noel Gallagher a hernia (hooray!) and contains one former 90s popstress Betty Boo (Alison Clarkson). It comes as no surprise then that bonus track ‘Love Bomb’ sounds like ‘Where Are You Baby?’. That is no bad thing.

Pop is about regurgitating. It’s about selling you all the same notes in a different order. Music fronted by a pretty face (or five pretty faces, in this case). You all know how the group came together. Has that put you off? All groups/bands are manufactured. If they’re not picked by a panel of judges, managers, A&R people or The TV Viewing Public, they’re manufacturing themselves.

All in all, ‘Sound Of The Underground’ is an album to make the Younger Younger 28s sick. Dig that crazy surf guitar – it’s all over. It’s on the title track, it’s on ‘No Good Advice’_ and _‘Mars Attack’. The latter is a highlight of crap lyrics. I mean, really the crappest. “Hip hop, bodyshock” and other rhyming couplets dominate, but it’s fun. Great fun. SINGLE, please.

“When the city chills, we get our thrills… we’re gonna let the beat drop” (‘Stop’) is also typical of the lyrical nature. When they’re not swooning over bois (sic) on love songs like ‘Forever And A Night’ and ‘Don’t Want You Back’, which are out-numbered by the upbeat fun pop choons, The Mighty Aloud are dropping out-of-date slang. Hey, there’s even a “two turntables and a microphone” reference in here.

‘Girls Allowed’ (do you see what they did there?) was co-written by Westlife’s Brian McFadden, which makes you wonder why Westlife churn out rubbish Bryan Adams-lite songs like ‘Tonight’ if McFadden really IS capable of writing top tunes like this. Are you listening, Louis Walsh?

Taking its cues from Ms Boo’s old singles, All Seeing I and Propellerheads beats, Beastie Boys lyrics (!), the sass of the Spice Girls and the sexiness of Kylie, ‘Sound Of The Underground’ is NOT underground but it IS a GREAT album and won’t be making its way into the bargain bins for a good few years yet. It won’t change your life but it might at least put a smile on your face and a swing in your step.

Bring Me To Life