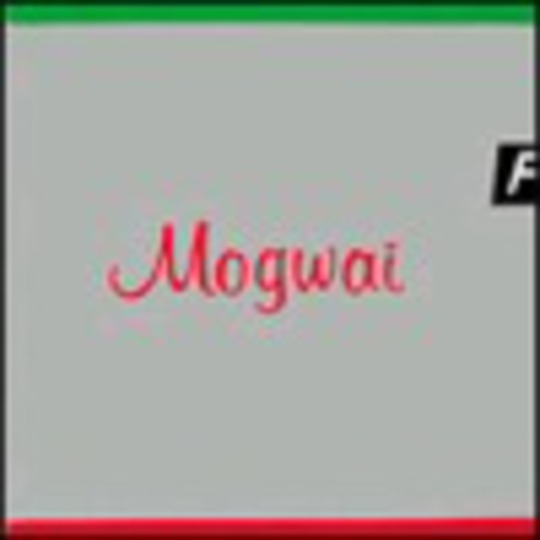 Aptly released the same day as another notoriously 'difficult' band's new album, Mogwai, like Radiohead, find themselves at musical crossroads. Like the Oxford lot, Scotland's finest exponents of beautiful ugly noise find themselves no longer the zeitgeist, the hip and trendy thing, Mogwai were _so_ 1998.

Away from features in the Face and ID mags and the uber-hip compilations now reserved for sashaying '80s electro cats, the band have been left to get on and make what is now 'merely' and 'simply' another Mogwai album. It’s usually about this time, after the initial roar of press enthusiasm, that bands manage to disappear somewhat from the public eye and also produce their best work. Rather like other Scots cult heroes, Teenage Fanclub.

And excitingly, this is Stuart Braithwaite and friend's best work. This is new, measured and condensed Mogwai, where a song formerly set for 8 minutes has been concertinaed into three-and-a-half, like one bit hit of psychotropics rather than a drip feed of morphine. The intensity remains the same, the ferocity equally unequalled, but it's created through deft use of multi-instrumentation and a high-developed appreciation of scope and impact rather than a reliance on those Fender Blender guitar pedals and a post-Tap Marshall amps that goes up to 12.

The agenda is beautifully set by opener 'Hunted By A Freak' – all fuzzy, arpeggiated alt.rock guitars, and vocals - of sorts. Where raining rocks used to belong, now there are giant swells of synths, strings and a robot symphony. It packs in a previous Mogwai album of sounds and ideas into four minute and ten seconds. Welcome to the all-new, hyper-developed Mogwai. Rage has been replaced by vision, aggression by anticipation.

They can still rage of course, thank God, in album centre piece, 'Ratts Of The Capital', they make music akin to the driving, mountain climbing tunes of old, but even then, it's more controlled in its intensity. But no less so. Before that though, we get songs like 'Moses? I Amn't', a moody synth elaboration which unfurls into a gentle stringed lament, and one of the album highlights, 'Kids Will Be Skeletons', which has staccato surges of guitars and keyboards until, before you realise it, it's changed into a slo-mo New Order. It’s not just the instrumentation though, space has become as important to Mogwai; 'Boring Machines Disturbs Sleep', has flutes and gentle vocals fluttering around amidst a swirl of sound. It's a mere fillip of a tune, but akin to a diamante crystal.

At nine tracks, and a mere 42 minutes in length, it seems that the lessons learnt from 'Come on Die Young' and rectified in 'Rock Action' have been taken on a notch further and been near-perfected by this album. Mogwai are renowned for their brazenly cheeky ways ('Bush: is a cunt' t-shirts, anyone?) and one could have happily assumed that the title 'Happy Songs For Happy People' was a suitably tongue-in-cheek title for a doomy album of neo-apocalyptical thrashcore. Who'd have thought the last laugh would be on us?