Where Have You Been Tonight? Live 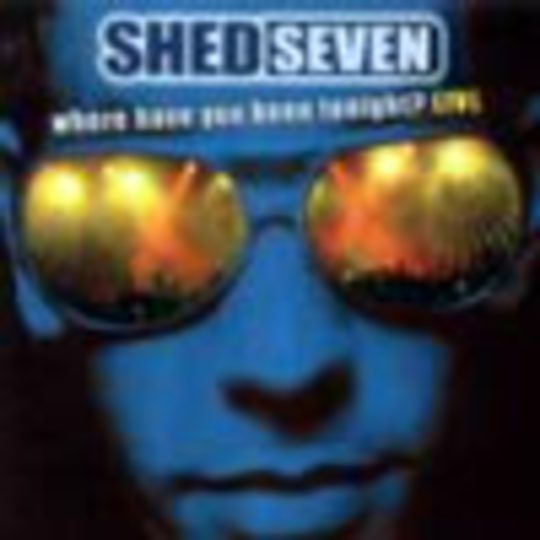 I could lead this article telling you the whole history of Shed Seven. I could tell you that this seemingly unimportant britpop footnote of a band have sold close to a million albums in their nine year history. That they were the first "indie" band to break the taboo of appearing on kids telly to promote their singles (_'The Ozone'_, featuring snort-tastic Jamie Theakston and queen of groupies, Jayne Middlemiss). That in the year of second album, 'A Maximum High', they had more top thirty hits than any other band, act, or performer. That despite potentially capping their career with a greatest hits package they've since been with two labels, released two albums, had several top forty singles, and consistently jammed the less glamorous venues of the UK. A small sample of the history of a band named after a train depot shed. As I said, I could tell you the whole history but we'd be here all week.

From my own experience I have proud memories of interviewing Rick Witter at a town hall in Aldershot around the turn of the millennium. Even then, after the gold dust had settled from the Polydor period he was still taking the band forward, simply on the dedication of their NME-ignoring, fashion-free core fanbase. He treated my crummy "cool I-cam" digital camera as a piece of technological wonder, asking how all the pictures fitted in it. Whilst on the subject of computers, he also asked how you could copy CDs from the internet, unaware that the CDs held data which could be ripped. Okay, so maybe he wasn't a total luddite but it was a close call, point was he was normal bloke with a young daughter. A concerned parent who couldn't keep up with the relentless pace of technology. Vis-a-vis, someone's dad.

Anyway, why all the reminiscing and commentary on a band getting old? To be honest it's hard not to when you're talking about Shed Seven. 'Where Have You Been Tonight? Live', is the York four-piece in a nutshell. Howling tuneless audiences bellowing along, the slew of singles you'd forgotten they'd written, the average-bloke banter ("I think you've had a few too many ales... nothing wrong with that though"), the newer material that all but the most ardent fans haven't heard, and the album tracks that defined teenage moments. A personal nod of appreciation for including 'Long Time Dead', the best song about confused and difficult relationships ever written.

Question is, does the world need this CD? Live compilations are the realm of record contract obligating filler for most bands. To re-launch yourself by trading on past glories is a shaky strategy at best, to do it without the usual studio comforts quite another. Why live? Well, as already discussed you could argue it captures the very essence of the band. On the other hand a true cynic would say they had to re-record the tracks somehow so as not to step on the toes of Polydor - and their already best-selling greatest hits album, 'Going For Gold'. True, there is newer material here. The fragile and emotional 'Cry For Help' from their time on Artful and current single, the ever so slightly funky 'Why Can't I Be You?' They clearly have some good tunes still in them, but for this reason alone it would have been better to see a full new album rather than a then-and-now exercise.

That said, there's nothing quite like hearing 'Chasing Rainbows' complete with the crowd singing the chorus. It reminds me of when I left Primal Scream's headline performance at Reading Festival with everyone else in order to get my fix of good honest sing-a-long tunes, in preference to left-field "cool".

If Shed Seven were the band you were told to hate but couldn't help loving then this album will reaffirm your faith in them. If you truly believe that posturing and hype is better than hummable tunes then leave well alone.

Note: This review is unashamedly nostalgic because this CD is.

An Introduction To Minute Melodies