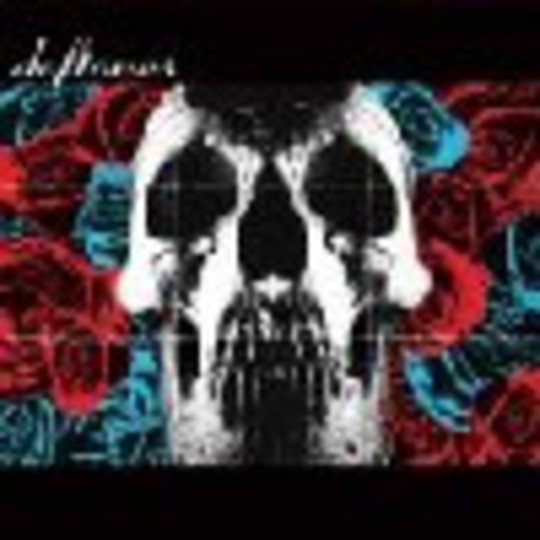 The instant urgency of an unrestrained debut. The tailored fadingspark of a great successor. The relaxed rationale of a more timid third. A likely story - a fashion seen umpteen times previously. Naturally followed by the crises-riddled backlashing #4 – they thought they were getting old; they’ve got something to prove.

In a way this is an alternative third album in that they took their natural path of oft-mild, electronic-tinged metal with White Pony, taking some easy time and sedating somewhat. Now, however, they are stunning the stereos with metal – unrelenting as ever but with a perspective of men who have seen it and learnt. The releases of seethingly vicious, vehement ardour are unnecessary now – and indeed it could be said that Deftones are better off without the scREAMing. Love was often the theme of their songs and this has not changed but is just exhibited as contented restraint of happiness, as opposed to a display of unreservèd, wounded passion.

The immediate highlights on this album come early and often and instant gratification is all well and good but I want a girlfriend – not some floozy skinnybitch that’ll steal my wallet on the way out in the morning. And the fucking toaster, for crying out loud. I want to love this album. I want a record that’s gonna comfort me in my time of need. I want a group of men that are gonna get me hard for at least 10 years. If the spark goes then, there are things you can do to fire it all up again. It’s proven.

Mr. Chino Moreno has decided to punctuate frequently his quantity of bellowed soaring moans with those anguishing scREAMs we have come to appreciate fondly. However, it seems unnecessary and oft strained. Expansion of the increased electrobangbang of the Back to School EP was always on the cards and is seen again to considerable effect in the unnervingly relaxed ‘Needles and Pins’ and the more anxious 80s electro-influenced ‘Lucky You’. This is almost becoming intelligent metal. It seems as if Deftones are trying to push their musical boundaries.

‘Bloody Cape’ sees a craving for redemption strewn over splintering riff and melancholy melody that finishes with that cathartic scREECHing. Again. It probably could’ve done without it. Ditties like the single ‘Minerva’ and opening stormer ‘Hexagram’ will come to be classics in the vein of ‘Be Quiet & Drive’ due to vast, if not excessive, similarities in structure, sound, tune, everything…

Always weaker on record than in their live arena, Deftones had everything to prove – especially to themselves. Everyone else knew they were capable of those sweaty, gargantuan-proportioned dynamics; embargoed predictability; vast, cyclic grooves; all toppled by lush production, fresh from a Californian meadow of metal. It’s all been seen before, but in fragments. Around The Fur is arguably their finest work to date, and whether this opus can exceed their magnum is questionable, if not unlikely.

What Are We Doing Here?