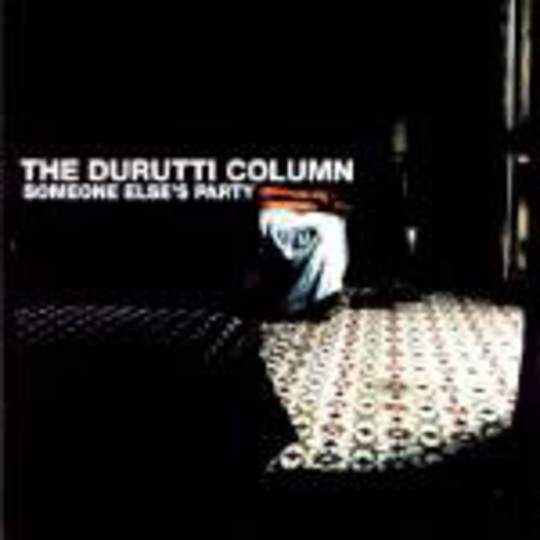 According to Lennon, life is what happens when you're busy making other plans. Death on the other hand, is a cold, long and inevitably-torturous disease.

Of the all the names to survive 25 years of Madchester, Vinni Reilly isn't probably one you've heard of. Commercially overshadowed by former collaborators such as Morrissey and Peter Hook, his solo musical project The Durutti Column, started life in 1979 on, where else but Factory Records. 'Someone Else's Party' presents itself as a melancholic microcosm of recent times, sloping through acoustic trance to baggy electronica, much of it dedicated to his recently deceased mother.

Where The Smiths perfectly juxtaposed their sadness with uplifting chord progressions and cherished pop sentiment, Reilly chooses not to. Opener 'Love Is A Friend' sounds like the Happy Mondays if they'd lost the will to live, and it sets the scene perfectly for the record, which was bedroom recorded using an eight-track and books for percussion. Unrestrained by the confines of expectation, much of the album is spent indulging in Reilly's extraordinary guitar playing.

Haunting and hypnotic, the mix of classical acoustics and rich, inventive and truly electric melodies provide a wistful backdrop for his dreary tearstained tales of loss. It does occasionally go on too long, but to stay with it when he goes off into the realms of the night on instrumentals such as 'Blue' is to be immensely rewarded.

One of the many highlights to the album is the exquisitely beautiful 'Vigil'. Over a slow pulsing dance beat, Reilly's flat, Morrissey-esque vocal intertwines with a sample of a school choir and one of the most divine acoustic guitar solos you will ever hear 'I don't believe in anything/But I'm praying for a friend'. This is as dour as it gets, but bleakness has rarely sounded this beautiful.

Upon having learned to swallow the more prog elements of this record, 'Someone Else's Party' will wrap you in its morbid fascinations and enamour you with its minor beauty. There's little in the way of uplifting sentiment to be found here, but like death itself, The Durutti Column has the potential to move you to an ultimately better place.

How To Hang Off A Rope