How To Hang Off A Rope 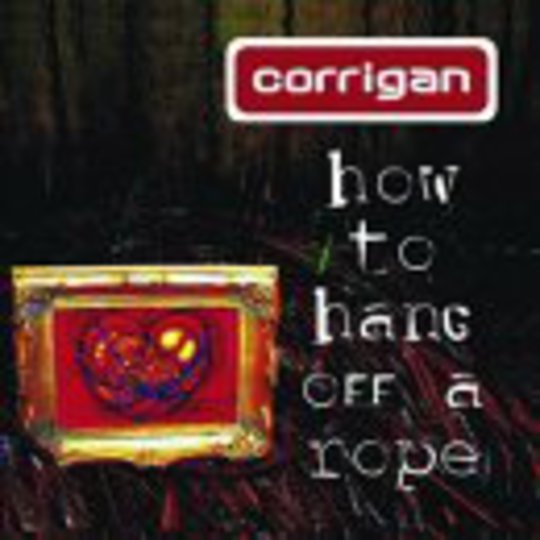 The Corrigan is an evil spirit that steals children’s souls and dances in the moonlight with its unnaturally large head. 'How To Hang Off A Rope', needless to say, borrows little from that other bunch of big-headed soul stealers that dance in the moonlight, Toploader (rip). Instead, emanating from Ireland, this comes across like Wilt would if they weren't shit (and had avoided going pop punk), and maybe doubled up their guitars with **Mclusky. Rust metal then.

Mark Corrigan and his five mates make a jangly, raucous, head-rushing racket in various directions, all at once. Without caring about where they’re going or who they murder in the process, it’s a soundtrack for white van robbers everywhere. You start by stealing water (‘Waterballad’) and kidnapping small babies. There’s the mournful, crunching jingle of ‘Song For Life’ or the full throttling, AC/DC powerslam of ‘Forget It’, but wherever you look their ‘we wanna be Shellac’ pounding is relentless, but never overbearing. Corrigan alas, are positively indie.

They make few bones about not exactly rerouting the musical power chord of rock (they only use about three), but despite this, it’s big and dirty enough to hold its own. Especially when erupting from the mountain moving mindfuck of ‘My Head Does Dances’ or the hilarious semi-spoken word ‘McArthur’ which sounds like a musical Trainspotting. For anyone then who thinks Seafood are too weak-wristed to wank themselves out of oblivion, Corrigan may prove a pleasant alternative.