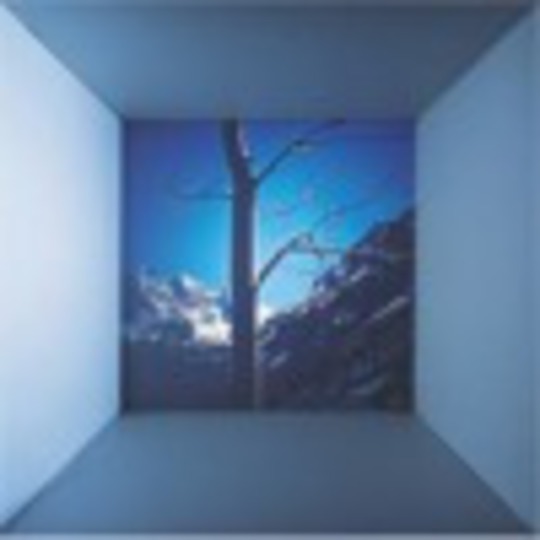 DiS first caught Nashville's Venus Hum's sparkling potential in a support slot with Mew a while back. 'Big Beautiful Sky' meets all expectations and then some. At once startlingly, stupefyingly beautiful and enchantingly buoyant, the trio's irrepressibly joyous electronic pop saw them signed up to BMG in the blink of an eye, who have smartly chosen to release the album just as the hot weather sets in - it's a canny move, as 'Big Beautiful Sky' smacks of soaring summer nonchalance and sun-soaked ecstasy.

It's one of those records that elevates you weightlessly to, for want of a better description, a higher place, and leaves you floating somewhere in a gulf above the clouds. 'Big Beautiful Sky' sounds like the soundtrack to flight; intermittently exhiliarating and graceful, Venus Hum have adopted the curling, playful richness of the Cocteau Twins and the flickering quirkiness that has set Bjork among the stars, and entwined it cleverly with a keen pop sensibility that makes every song on the album haunting, exultant and memorable. They're a thoroughly electronic outfit, tech dudes Kip Kubin and Tony Miracle producing most of the instrumentation from their respective laptops and homemade synthesisers as Annette Strean's vocals flood between the two, but there is none of the sterility often associated with electronic records - the entire record resonates with a glowing, thoroughly organic potency that belies its minimalist inception.

Annette Strean's full-blooded vocals rest somewhere between Liz Fraser and Tori Amos; warm, but possessed of an edge that saves it from ever being sugary, her voice provides a stunning contrast to the textured, beat-laden instrumentation. 'Beautiful Spain' slips from jazz-tinged Sade smoothness into a string-embellished rhythm that fizzes and courses through your bloodstream, twitching your limbs and neck, and 'Bella Luna' is a symphonic, expansive creation that sounds like it was recorded in the star-flecked openness of the outer reaches of the cosmos, the slow tumbling chorus pressing against the walls of your heart until it feels fit to burst.

With 'Big Beautiful Sky', Venus Hum have released an album that smiles from start to finish. I dare you to find a happier record.