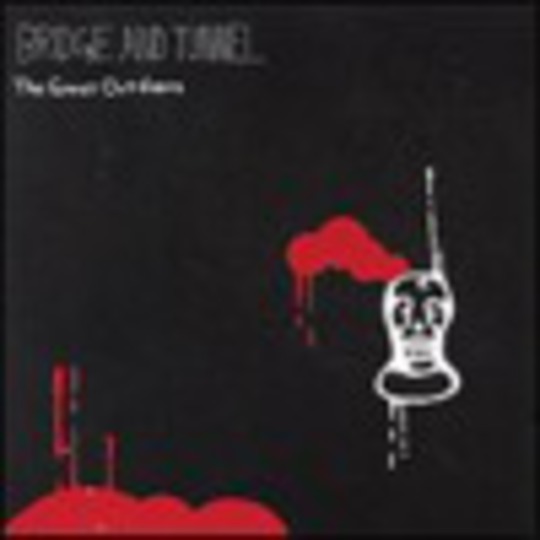 Bridge and Tunnel sound like the should-have-been soundtrack to every movie that's ever sent shivers down your spine. 'The Great Outdoors' recalls mid-western heroes in broken shoes travelling lonely US highways, with birds of prey silhouetted against sunset horizons. It's a patchwork of dark alleyways and speeding cars and every set-piece that you ever remembered watching James Dean or River Phoenix leaning against in long-forgotten movies. It's cavernous and chilly and sways with ill-starred, drunken elegance and abandoned, desolate majesty. It's seriously good.

As a record it's fragmented and reaches in multiple directions, but every track maintains tunnel-vision focus. They've recruited two new members, and added some hefty guitar dimensions to their previously electronic sound; at one point it summons the stern sonic thunder of Tool; elsewhere it uses the languorously ominous trappings of Mogwai** and Godspeed You Black Emperor. Standout track 'Dave's Big Score' is a deadpan alt-country tale of wayward adolescent lovers, made classic by sardonic lines like 'School was a non-event / but weekends were full of joy / Father passed out by six / and Dave was there by eight', and propelled by a curling guitar lick and rumbling, gloomy vocals.

'The Great Outdoors' also frequently evokes the darkly jaunty grooves of The Jesus & Mary Chain - 'Her Bright Eyes' is a twisted, leering take on their noise-heavy drone-pop, and 'City Rules' saunters along with the same fags-n-booze-n-attitude-drenched glory, but unlike recent imitators Black Rebel Motorcycle Club, it's got nothing to do with the look, or what musical shards they've salvaged from the wreckage of the Mary Chain – 'City Rules' just has "it", the x-factor that made you smile the first time you heard J&MC's 'Head On'. It's cocky as hell; B&T have nothing to prove because they know full well that after 15 seconds your shoulders will be rolling and your mouth twitching in an irrepressible grin, provoked by the sheer joy in hearing this kind of thing done so fucking well again after a decade of clueless imitators. And it has a really kickass serial-killer drill-bit of a riff right in the middle. You can't go wrong.

However Bridge and Tunnel have been sounding great for a while now, and depressingly few people have thus far taken notice. Maybe this is their time, and success will beckon from this point forward. Or perhaps, somewhat fittingly given their cinematic sound, they're like a movie you see on BBC2 at 1am on a Saturday night, the kind of film that glues you to the screen and leaves you muttering agitatedly for a couple of days until you go back to work, get on with your routine and forget all about it. But just maybe, two or three years later, after you'd grudgingly dismissed it as a small-hours myth concocted by your brain in the absence of enough sleep, you'll spot it in HMV's £4.99 video sale, and pick it up with glowing eyes and feverish hands. And perhaps while you're there, you'll nip downstairs to the rock & pop section and add 'The Great Outdoors' to your purchases, and give it one uninterrupted weekend of your life. And when the weekend's up, keep it somewhere you can see it... don't let yourself forget about it.