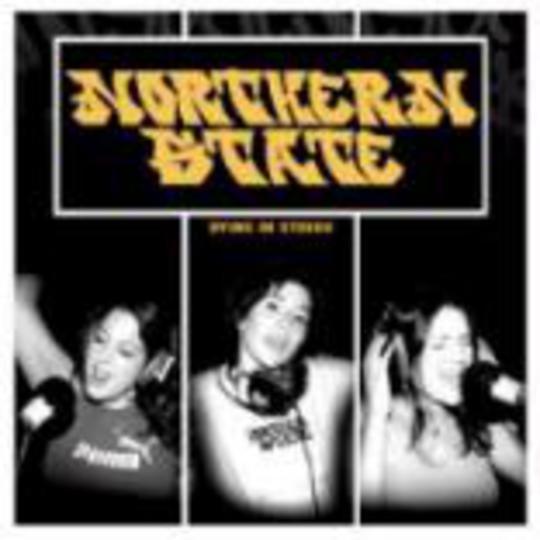 These 3 ‘MCs’ are the type of young ladies from New York that make the words sassy and spunky spring unbidden to mind. But after a few teeth-grindingly awful listens later, sadly it’s the word ‘worthlessaswanksplat’ that keep coming to the fore.

It’s not just me, I’m not being too harsh, I just really don’t have any patience for this sort of MOR hip-hop. They come over as a pointless hybrid of the Beastie boys and *N-tyce (from the female wing of the Wu). I’m not using these examples as a pointer to the level of their skills, this is just a statement about the sound they’ve shamelessly ripped off. In summary; a wank version of *Luscious Jackson.

The vocals begin to grate really early on, in fact by the end of ‘A Thousand Words’, I’d had enough. That’s track 1. It only becomes bearable when they occasionally switched their flows from their straightforward style which they persist in sticking to regardless of the track. Basically, 3 competitors in a Mike D impression contest. Jesus, if you’re going to copy the Beasties at least copy Ad Rock.

Oh and one last thing, they claim to have a "renegade flow". Fuck off, I’m not in the bloody mood, you cheesy bastards.