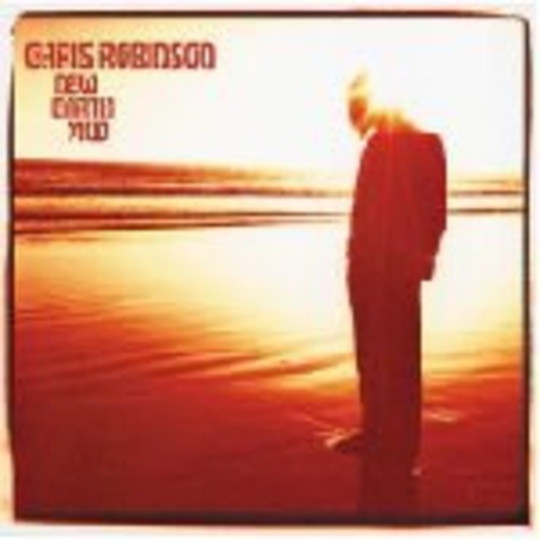 On the way home I was writing this review in my head, before listening to the album. I imagined a fearsome collection of strung-out blues and psychedelic rock tunes, perhaps Mark Lanegan popping up for a guest slot. I could already hear those swampy monsters roar and feel Chris Robinson's soaring, Rod Stewart-up-to-11 voice wrenching superstardom from the hard rock gore.

Nothing could be further from the truth: the dude is quelled bigtime.

'New Earth Mud' is a walking-pace collection of mainstream soft rock songs, with an overbearing feeling of romantic comfort. There are hints of riffs and tints of psychedelia but before you grasp 'em, they're gone. The press release calls it "a personal album that reflects his passion for musical exploration", but we're talking three chords and a Hammond organ, not Flaming Lips. Should've known really: in the same release, Robinson blushingly says: "Having a true and special love in your life will turn you around." But surely the last thing we wanted was a cleaned up, content Chris Robinson - there's no hard drugs, angst or fighting going on here, just slushy odes to 'Katie Dear', his moviestar wife Kate Hudson. A song called 'Barefoot By The Cherry Tree' involves a dream of his love, rather than drunken debauchery in an orchard. And worst of all, where's the voice gone Chris? That enthralling monstrous rasping king of a rock voice that drove Black Crowes through the hard times? Well it ain't here because on 'New Earth Mud' he sounds like fucking Fran Healy, he sounds like Jon fucking Bon fucking Jovi. Excuse my French.

The key collaborator on 'New Earth Mud' is Paul Stavey, who does arrangement and plays keys for Oasis and is a very talented, well travelled musician-for-hire.