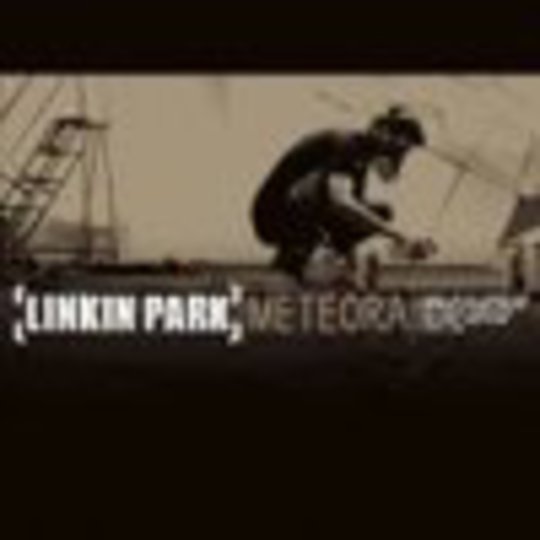 Linkin Park disappoint me. Slag them to buggery as much as you like, ‘Hybrid Theory’ was an album worthy of any drunken party. It had a formula (rap bit, then Chester’s singing/shouting bit in a vaguely angsty fashion) and it damn-well stuck to it. When they tried to delve into the more experimental side of their influences (it’s no secret they’re Aphex Twin fans), it was pretty laughable, but that’s something they could’ve got better at or tried to use it in a different way. They have done on this album. To a very small extent.

Unfortunately, there’s the saying “if it ain’t broke, don’t fix it,” and that’s exactly what’s happened here. ‘Hybrid Theory’ has sold millions, so why should ‘Meteora’ be any different?

First half of the album sticks to the same formula as before. The single ‘Somewhere I Belong’ is Linkin Park by numbers, while ‘Faint’ and pretty much anything else here is, well, the same. There ain’t quite anything to match the classic chunky riff on ‘One Step Closer’. Shame.

So let’s ignore all that.

‘Breaking The Habit’ stands head and shoulders over the rest, showcasing a more, gulp, mature sound. They ditch the quiet/loud, rap/scream formula and turn down the guitars, but still end up with something worthy of a mosh… albeit with less pushing and shoving. Mind you, it does sound a bit like ‘Boys Of Summer’.

Another track sticking out like a sore thumb is ‘Nobody’s Listening’, a twisted hip-hop tune. This is more of the direction I expected ‘Meteora’ to take – fucked up beats with more experimental Aphex washing machine-music bleeps and less of the dire “I won’t waste myself on yooooooouuu!!!” lyrics (sample lyric from ‘From The Inside’).

It becomes obvious that the second half of the album is the band growing up a bit and trying something new without completely alienating their audience. And, like their debut, it also has its token instrumental filler track, and it has its ‘heartfelt epic’ song as the last track. But, unlike its debut, it has some very pretty packaging and a CD-ROM section, if that’s the sorta thing which floats your rubber duck.

Hey, we’re only a week late with this review and the album’s already sold a million copies.

Everything’s peachy in the land of major label rock.