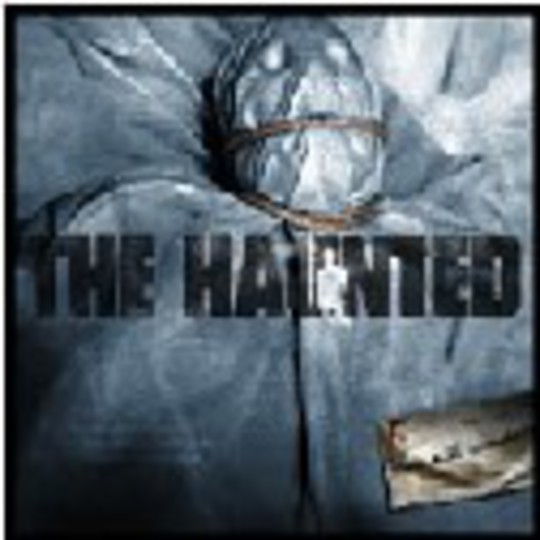 When I witnessed The Haunted’s performance at London’s Mean Fiddler recently, it was a life-affirming experience, and one that’ll stick with me for a long time to come. Here was a band that epitomised everything an extreme metal band should be; seething with a tuneful rage and throttling a hard-edged musicianship without indulging in even one ounce of tiresome fret-noodling befitting lesser acts. With some in the genre running low on their creative juices – choosing instead to become as musically indecipherable as possible – and others pandering to more morose atmospherics, The Haunted have emerged triumphant, slapping a HUGE smile on my face and reaffirming my faith in heavy thrash once more!

Returning with their third studio album for Earache *after 2000’s acclaimed _‘Made Me Do It’ _(which was given a *Grammy Award **in Sweden for Best Rock Album and a 4-week mainstay at the top of the Swedish album charts) The Haunted have stripped extreme thrash to the bones and coated it with a fresh, razor sharp fury that shreds through any previous notions of what is possible within the genre.

Towering above their European contempories with an unmistakably Swedish hard-as-nails attitude, akin to the likes of Entombed *and *At The Gates *(of which guitarist Anders and Bassist Jonas play in The Haunted) they prise open this epic metal benchmark with the savage instrumental plodding of *‘Privation of Faith Inc’, easing you into the disc slowly as it heralds the fearsome might of ex-Face-Down *throat warbler Marco Aro in the suped-up thrash assault of *‘Godpuppet’.

It’s worth noting here that when I mention the word ‘thrash’ _in a description of The Haunted’s music I’m not talking mindless sloppy riffwork played fast for fast’s sake. _Oh _no! This is faultless, technical aggression played with pin-point accuracy and with mind-shattering results. Just listen to ‘Urban Predator’, ‘One Kill Wonder’ or the classic ‘Everlasting’ and its tension-building middle 8 and I dare you to hold back that smile! The ultra-melodic beauty of ‘Shadow World’ _exemplifies perfectly their ability to blend hummable riffwork into their charged-up aggression and is yet another reason why they are only too deserving of the metal-god crown.

Indeed, this is a band with seemingly far too much creativity to contain on one disc and an album with far too many jaw-dropping moments to mention in this review. If you buy just one hard-core metal album this year, do yourself a favour and make it ‘One Kill Wonder’.