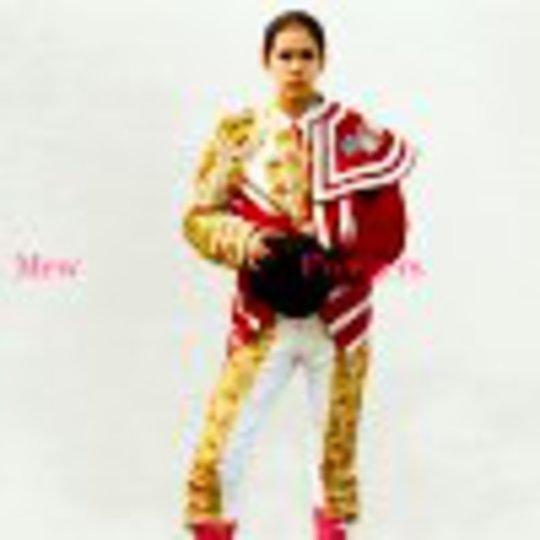 The best thing about disasters is the beauty that follows. Volcanoes have that lush firefly rain and glowing goo rivers. Avalanches have that muted minute of absolute silence. And pop has had the Reality-TV glut, the rebirth of the ‘70s, a general lack of new bands to really believe in. But then, from outta nowhere (or Denmark as it's usually know), along comes a band like Mew: pop band of the moment.

Rap your jive all the way to the zoo, bucko! You'll soon stop the moment ya hear this band. And when ya discover they've got Alan McGee in their camp... come back, don't run away!

Let's get one thing straight: pop ain't a popularity contest, it's a state of mind. Pop is meant to define the day, stain history, act as a vehicle for revolution or simply internationally link the youth of the day! Pop today has been taken away from us by the tweenies (Think: S Club Jnrs, tATu, et al). Pop sucks. Pop is evil. Pop is a paedophile’s cum-encrusted world (steady on! - SubEd).

On the cherub face of it this album is a soaring, triangle tapping, kitten cuddling, debut; Mew have playground innocence down - lunchbox in hand, toothpaste on tie and scabby knees, all set for a day of holding hands with the pigtailed girl. Mew could market this to my 6-year old cousin to dance around to whilst munching her Sugar Puffs, and they'd sell a billion. Pop is Universal... aaaaaaah, that's the cookie, that's what everyone has forgotten!

Saying that, this coulda been the soundtrack to the cult flick ‘Kids’. And there are Pumpkins’ shadows that obscure moments of this record and split seconds when you forget this isn't the newie from Sparklehorse. Not to mention the distinct tones of Stina Nordenstam sitting pretty on a couple of these 'ere tracks.

Don't be fooled. No matter how many clouds Jonas' vocals reach out to, average angels, they is not. Amongst the mood-shifting time changes and throbbing bass lines, are disjointed swollen moments of joy, where the Sigur Rós-like one-man choir, melts into almost teary monologues about stalking a girl from a boat, in the middle of a lake.

The death of youth is the disaster dealt with throughout this album. Anyone who's woken up to the reality of overdrafts, insurance, been to the clinic and had people asking if you have a pension plan, know exactly what that's all about. This album touches on those feelings, impulses, fears, blood rushes, moments of utter confusion and feeling like all you want to do is sit around, suck on lollies, read pop-up books and be a kid again.

This is a Northern European mongrel of dizzy lo-fi with pop hooks to help you escape the everyday. After year upon year of ‘big’ bands being incapable of making genuine and concise summaries of the feelings of the day, Mew are a breath of fresh air. It's an album with longevity and throughout it’s an uplifting joy.

If you don't get this record first time around, come a projection drenched live set or one of their amazing videos, Mew are gonna getcha. Soon.