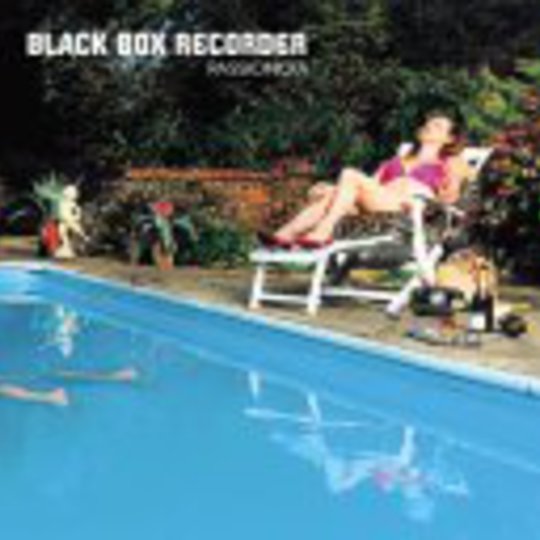 After an absence of what seems like aeons, Black Box Recorder are back and how!

Opening track 'The School Song' is a statement of intent from the off. Unlike their previous outings, musically the band have now lightened up slightly and have become slightly euro-pop, for lack of a better description. The easy comparison for many will be Saint Etienne and at times they do lean in that direction, but Sarah Cracknell's crew were never this good, not even in their heyday. As always with BBR, the music is beautifully structured with several levels all working at once. 'GSOH Q.E.D.' is a prime example with light piano tinkling to low bass lines simmering underneath and all the while Sarah Nixey carrying it through with her simply angelic vocals.

Tracks such as 'Being Number One' show the lyrical ability that the band possess. Backed by a foot tapping little beat, Mrs. Nixey tells it how it (probably) is. What you need to get to number one, what happens when you get it and the aftermath of it and all the while without pretence but in a tongue that gets the point across.

The fact is, the first single off the album, the instantly addictive 'These Are The Things', really has set the precedent of the album. If you hated that, you will most probably despise the album as it is a very good yardstick of what to expect from the other nine tracks on the CD.

In the main, the album is superb, but does have one or two tracks that are weaker then the rest of the album. 'The New Diana' lacks a something for me that I can't quite put my finger on, could possibly be the subject matter but I am unsure and 'Girls Guide For The Modern Diva' just doesn't sit with me despite having some superb dreamy, breathy vocals throughout.

Closing out with 'I Ran All The Way Home', it sounds so reminiscent to me and maybe that's what I love about the band more then anything, they portray everything in such a vivid way on subjects many would consider mundane (I mean, one track on the album is devoted to Sarah's adoration to former Wham guy, Andrew Ridgley!) The song is more like The Auteurs then anything the band have done to date and despite Sarah doing the lead I just get this nagging feeling that Luke could do this just as well on his own with his own unique vocal sylings.

I won't lie, I find it very hard to be impartial when it comes to BBR. They are so different to everything this country produces and it is ALL on the band's own terms. Luke Haines is a musical genius in all his guises with BBR now being up there along with The Auteurs on an equal footing. In addition to that they have the best female vocalist around in Sarah Nixey who has a voice that defies belief, and on top of that she is drop dead gorgeous as well - yeah, even us music writers have fantasies ya know!

So, how do I wrap this all up in a neat little package? This will probably be my album of the year unless something *VERY *special comes along this year, because this is probably the best return one of my fave bands could make. As always, Sarah says it all for me 'I love you, I want you, must have you, I still love you!