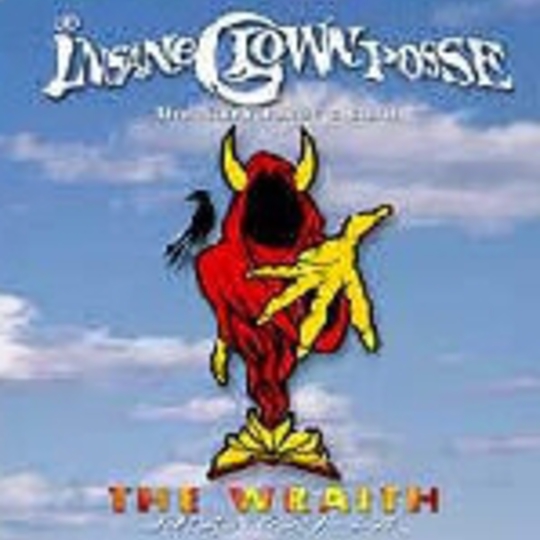 My god, talk about a blast from my past. OK, back in '96 I was still in college and a regular Kerrang! reader and there was a wee uproar about the coverage given to a pair of American rappers in face paint... their name was the Insane Clown Posse.

OK, how to describe ICP... imagine Gwar taking themselves seriously and doing Kid Rock style rap songs and you are getting there. Their stage shows were infamous for lots of Fago (American fizzy drink) being sprayed on the crowd and excessive amounts of swearing. But this was seven years ago, surely by now they will have progressed a little, especially as the last time I heard of the band they were a wrestling tag team (didn't the Misfits try that too?), had their own label which housed fellow oddball rappers Twiztid and were dissing fellow Detroit rapper Eminem and vice-versa. It is now 2003 and I have an album and DVD of the band, so lets see how they changed... they haven't, not one iota!

Well, I kinda lied there, they have gone along the Cypress Hill route and not changed their music but thrown in some guitar riffs over the top so they can get their juggalos (diehard ICP fans) bouncing around in a House Of Pain style. An interesting thing with the ICP is their six albums to date are all part of a long running theme, and this is the sixth and last, being 'Joker Card number 6' bringing the story to an end (wanna know what the story is, check the band site). But enough of that...

The problem for me, as it's always has been, is their limited lyrical capabilities and the amount of expletives this album throws up puts 'South Park: The Movie' in the shade. Now don't get me wrong, I swear more then most (well, I was bought up in West Yorkshire) but ICP do it because they really don't have any other option, they rely on the bad language and dubious rhyming (and believe me, at times it is VERY dubious) and, let's face it, when you are selling as many albums as they do, why would you want to change?

Stand out tracks are 'Murder Rap' with a killer down-tuned guitar riff backing up Silent J sounding a LOT like Everlast, 'Birthday Bitches' about a VERY deranged kids clown which is funny for its insanity and 'The Staleness Forecast' for the fact it starts with a line from one of my all time fave b-movies, 'Killer Klowns From Outer Space'.

In reality, the ICP are very much a 'made for America' band which is why they have a hardcore (yet limited) UK following. This album will please fans of the band as it is a continuation of what you were attracted to in the first place, but I seriously can't see it attracting any new fans especially considering the competition that is out there now.

How The Divine Brown Saved Rock'N'Roll