How The Divine Brown Saved Rock'N'Roll 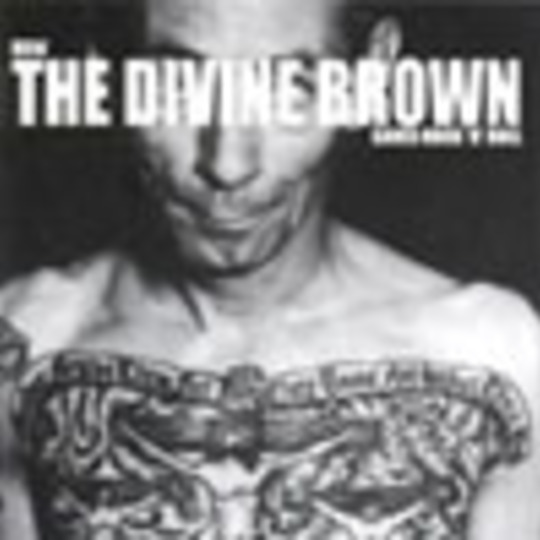 As press releases for bands go, this is a classic! Before I even start the review I'll quote what I have received :-

'You remember Divine Brown don't you? Hugh Grant certainly does.'

The band also have a rather odd connection to DiS as well :-

i) The band's single 'Brown Got Da Power_' was released by DiSser John Robb's 'Thrill City' label.
ii) This album is out on DiS contributers Artrocker's label.
iii) They are supporting Earl Brutus on 20 March the same night as the DiS gig in Colchester (shameless plug!)

Humour aside for a moment, The Divine Brown are shit hot, balls out garage rock'n'roll. Oh dear, I can hear you all now; "Garage rock, you mean like The Hives?" No, not like the bloody Hives! Better then The Hives and The Datsuns and The D4 and any other band of the genre you throw their way. Firstly, they are from old Blighty which is a VERY good thing. Secondly, this owes as much to artists like Jerry Lee Lewis (sans piano), Chuck Berry and the 50's rock scene as their modern day counterparts, though touches of The Backyard Babies and The Hellacopters are certainly in there.

In a nutshell, this album rocks like a mother on a rocking chair, eating a stick of rock while chiselling a tribute to Kiss out of a lump of rock and singing the classic Bennet track 'I Like Rock'. That is how damn rock it is!