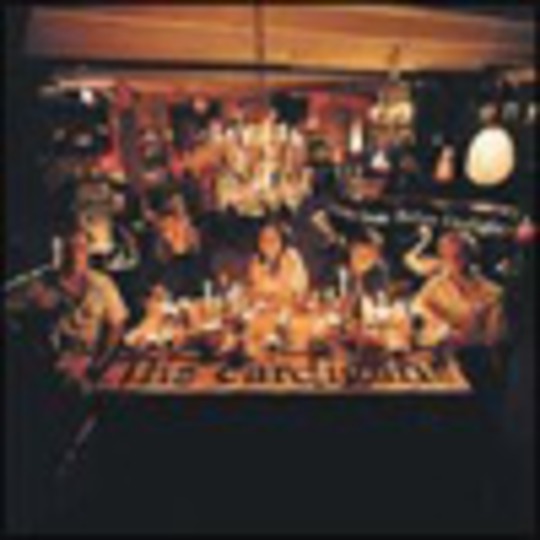 It may be hard to believe, but The Cardigans have been around for ten years now, and ‘Long Gone Before Daylight’ is actually their fifth long player.

Whereas their last album ‘Gran Turismo’ was a fast and furious onslaught of larger than life pop tunes and even bigger hits (‘Erase/Rewind’ and ‘My Favourite Game’ to name two), ‘Long Gone Before Daylight’ is the sound of a band airing their dirty laundry in public and, dare I say it, making that all important 'mature' album that will please fans of the Lighthouse Family everywhere (let this be a warning for you in 10 years time, Avril Lavigne fans).

Not that ‘Long Gone Before Daylight’ is a complete stinker of an album – it’s just that it becomes a tad difficult to listen to in places.

Opening with ‘Communication’, an acoustic ballad in the same mould as Elton John’s ‘Sorry Seems To Be The Hardest Word’, Nina Persson’s enchanting vocal saves the song from MOR hell courtesy of lines like “I didn’t know to move you, so I tried to get through the little holes in your veins.”

The Mazzy Star-lite ‘You’re The Storm’ follows, and once again it’s a case of sitting back and waiting for something to happen - and despite the odd spurt of lyrical inspiration (“I’m an angel bored like hell, and you’re a devil meaning well”) - nothing really does.

The pedestrian pace of the album is probably its biggest drawback, and despite the odd canter (‘A Good Horse’ and ‘Please Sister’), a feeling lingers that a bored housewife could've injected more life and soul into the party than this.

For instance, new single ‘For What It’s Worth’ couldn’t possibly sound interesting to anyone except maybe Sheryl Crow, which possibly explains Ms. Persson’s new look, with the song adopting a 'Mills and Boon go country and western via Norrköping' theme.

Now before anyone suggests for a moment that I’m some acoustophobic rockophile, let’s just put things into perspective.

‘Long Gone Before Daylight’ must have been a difficult album to make, not only because of the personal nature of most of the lyrics (listen to ‘Live And Learn’ without shedding a tear if you can – there you see, I am human!), but also because it must have taken a miraculous effort to stay awake through some of the musical arrangements on here.

Music is supposed to be a form of entertainment, but ‘Long Gone Before Daylight’ feels like a collection of aimless lullabies, the musical equivalent of mogadon** even, which I suppose is acceptable if you’re an insomniac.

Unfortunately Long Gone Before Daylight’ is as uninspiring and bland as it’s creators’ name, and after five years of waiting for the follow up to ‘Gran Turismo’, you wonder if following in the same direction as the Backyard Babies would have been a better bet after all.