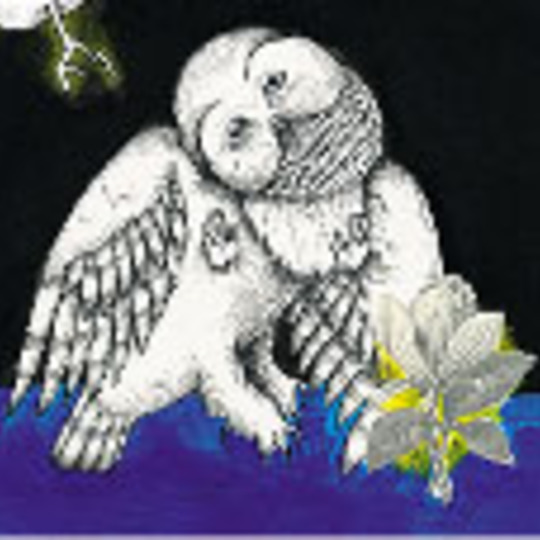 Jason Molina, the man behind the name, has had the vicarious pleasure of wrecking my self-defence bravado, often leaving me shivering but warmed after a cathartic lights-out session.

Molina is one of those rare souls who takes himself wherever he is musically inclined to go regardless of trend, be it over- or underground. Schooled in the deep ways of US folk music, he, like Bill Callahan or Will Oldham, not only rifles his own past but that of his forebears too.

This is a new direction for Molina; a comment that can probably be said of most Songs: Ohia offerings. This time, he's a paid-up band member for 'The Magnolia Electric Co.' instead of sticking to augmented solo projects. The creative dynamics of a real working band are reflected with Molina's input taking more of a back seat at times. Four vocalists have been drafted in, two of which are former label mate Scout Niblett and Lawrence Peters from Wichita Shut-Ins who have been given songs all to themselves. Although feeling slightly resentful at the thought of an interloper taking over the centre mic, Peters' warm, good ol' boy delivery on 'The Old Black Hen' won me over with as much ease as a 1lb bar of Dairy Milk labelled 'I'm sorry!', and it's this track which has spent more time on repeat than the rest of the album put together.

Because of its unadulterated cleanliness, Ms Niblett's high pitched vocal on 'Peoria Lunch Box Blues' grates the senses a bit for the first few listens, but after the shock of the new has worn off, an ingenue beauty shines out as a cautious light onto an uncomfortable subject, providing another real high for this album.

A sensitive, self-revelatory writer, Molina's name is never to be found atop the Muscular Music team sheet but this new communal effort has forged several cuts that would suit the redneck club runaway scene in 'Thelma and Louise'. At gigs last year, 'John Henry Split My Heart' was heard in pared down fashion, but for the album version Lynyrd Skynyrd are alive and well and behind the wheel of this diesel-oozing trucker's standard.

Keeping with the text of a hard working community, the album closes with 'Hold On Magnolia', a lilting dance hall waltz where the sound of cowboy boots knocking ungracefully together can almost be heard above the end of the night slow dance.

Each of Molina's many former recordings differ in personality but still carry recognisable paternal features, such as feelings of detachment amidst friends and lovers and this one is no exception. Compared to his classics 'The Lioness' and 'Ghost Tropic', or even last year's movie soundtrack for the imagination 'Didn't It Rain', some may feel 'The Magnolia Electric Co.' falls short of vintage Molina, but I say accept it as it is, as the work of a profoundly talented writer. Appreciate his prolific output and treasure his accomplishments.