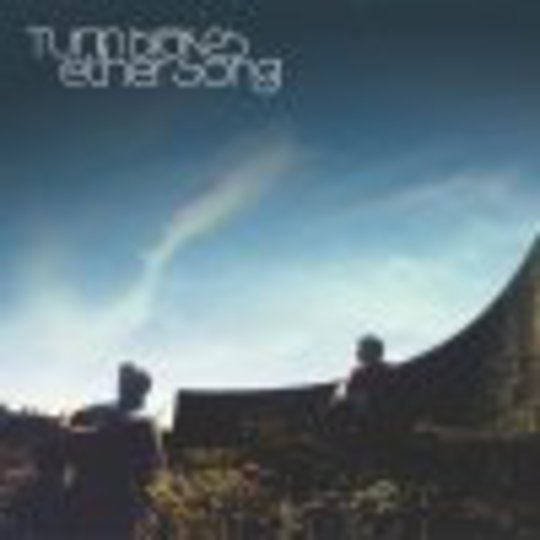 This is probably my tenth or eleventh listen to that long-awaited follow-up-me-bob to the Mercury Nominated, blah, blah, insert predictable 'it sounds a bit folky', blah, blah, 'it's going to sell well whatever I say' ends... Easy. Job done.

"Remind myself that I'm not just in it for the money"

What you really want to know is, have they improved on the lyrical lushness and soul-burning warmth of 'The Optimist'? You'll wanna know if they've spiked the album with the wings of 10,000 crushed up angels or have they suffered that suckyness for not suffering for their art. Right? Righ'! Is it going to be the defining moment of their career or just a couple of monkeys who've fallen out of the money tree, faking it and forgetting what 'it' is?

Right from the off, I'm let down ("It's time you realised you're just an average man") and betrayed! On first listen, that 'something' that made this band matter to me - it gone! Not because I'm lying and want them to stay in a special box, barely selling any records and playing dank next-level-up-from-pubs, forevermore - let's leave that kinda moaning to kids who won't buy their favourite band's records anymore cus they got on the radio. I mean vanished in the same way I heard the acoustic version of _'The Door' with its translucent tears trailing down the guitar strings and right then, jaw dropped, when I realised just what this band are really capable of and that they're not just some production line indie pair.

Maybe anticipation, as it always does, put the expectation barrier up a touch too high. But you put this up against 95% of the nostalgic, lifeless, dishwater on record racks at the moment and it's a great album. But come on, this is Turin Brakes, you will know all this!

Things are missing. Things have gone. The lyrics are still twilight blue but they feel borrowed, over thought and less magical, there just ain't no cracked skulls or children needing ice creaming here, there's nothing for you to see... That musk of blood however, is still there but it's like someone's poured surgical spirit everywhere and then cleaned out all the cracks with an industrial power hose. It's all, all of it floating out of the stereo, feels so clinical, polished, buffed, de-smeared, ready for regional radio. This must be what is known as 'compromise' (shudder) when entering a larger context (read: 'Market').

I'm annoyed. I can't hear the mud under their nails crumbling all over the guitar strings. I had the very same horrible feeling listening to the crap versions of some of Dylans stuff and Ed Harcourt's latest album. I dunno whether it's the fault of the producer or the songs themselves. Either/Or. This record just sounds very big, epic even, with all the wide open sunset skies of the last album full of flying chariots and multi-coloured smoke.

There are moments later on in the album, tracks like 'Panic Attack', which have chunks of that off-beat melody-ridden specialness we've come to expect. And maybe this means I, we, everyone, should expect the unexpected with this album. It isn't gonna be your album of the year (unless you only buy five records a year and if so why the fuck are you reading?). It's a great pop record but it just proves that everything, ever, is obstructed by expectations and the fact that nothing ever lives up to your imagination.