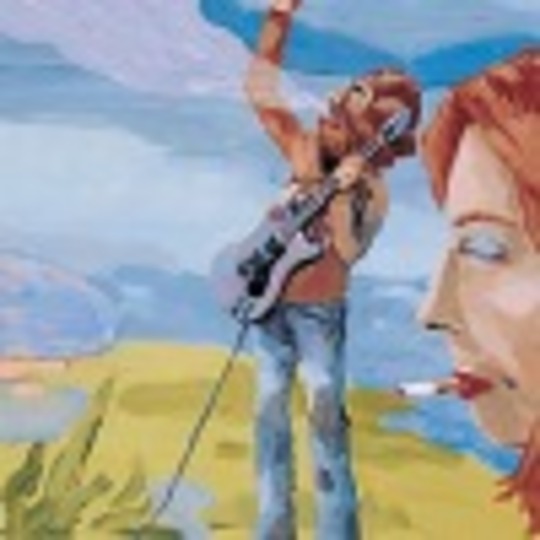 If the music world, and indeed the world, is doomed to repeat itself, then it appears that we have returned to the hard-rocking stage in the evolution of music where the 'supergroup' has taken eminence.

I mean, Zwan, Audioslave and now, Loose Fur. Well maybe the last one is pushing it a bit, I mean its hardly Justin Timberlake collaborating with Kurt Cobain is it? (record producers take note; I'm sure this is possible) Perhaps not, but in a small-yet-not-insignificant pocket of the world, the collaboration of Jim O'Rourke and Wilco's **Jeff Tweedy** and Glen Kotch is an event worth hailing.

For those not following the Anerican underground, or reading Uncut, O'Rourke is now a fully-fledged member of Sonic Youth, contributing to '_Murray Street_', while Wilco retreated into themselves last year and belatedly released their twisted, difficult desolate masterpiece 'Yankee Hotel Foxtrot'. So, its clear this album was never going to be pop.

Instead, we get a six-track, 40 minute effort which hypnotically shuffles its way along, with nary a glance or nod towards industry accepted standards in album production. Nothing has been railed in, yet its certainly not a vanity piece, it's organic and devoid of people's prodding and prying, perhaps a result of Jeff Tweedy's previous Wilco experience, or maybe a result of like-minded people who have never given a shit about mid-week chart placings.

It varies from song to song; 'Elegant Transaction' is a gentle, almost jazzy piece reminiscent of James Taylor, with added banjo and folky, smokey vocals before it fires off into a hypnotic acoustic shooting star. '_So Long_' buries itself underneath atonal guitar screeching, which emerges from the sonic debris to be a lovely plaintive piano ballad. Like Pavement for grown up alt.country lovers. Largely acoustic-based, but with a great degree of range and scope, there are always tunes hidden amid the sometimes unruly instrumentation, in places, it sounds like a dark, experimental REM, in other places, it sounds like the gentle noises in your head before you slip into sleep. It's that sort of gentle, spellbinding affair.

At its length and with only six songs, its a sprawling affair, but not in a horrible Grateful Dead odyssey way. Sure, the songs could've been cleaned up, polished, focused and downscaled into perfect shiny buttons, but that's not really the point is it? And if you've got this far in the review, or ever bothered to listen to an O'Rouke or Wilco record, then you'll know what I mean.