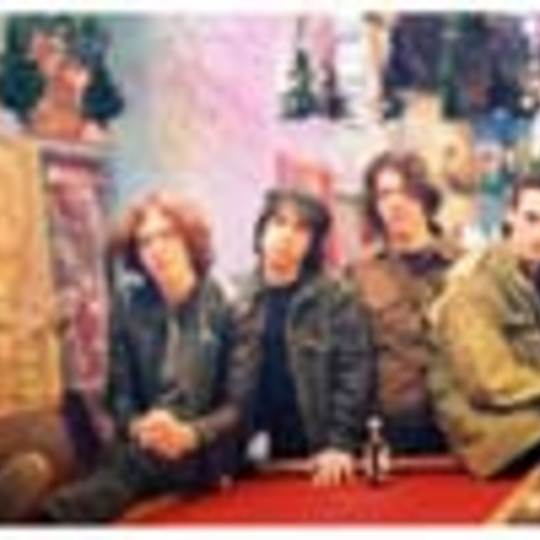 Possibly, this is a work of genius. Initially, it appears that every element of every single great windswept, towering guitar band of the eighties has been masterfully condensed into an hour of New York-made musical cool.

But that’s not good enough is it? No. It most certainly is not. You see, there is absolutely no reason why it needs to be done. We have the Bunnymen, and Joy Division and *U2* – why do we need a ‘modern’ update that is anything but modern?

Perhaps the trick would have been better if Longwave had managed to cram more than one influence into a song, but sadly, that’s not so. Single ‘Everywhere You Turn’ is counterfeit U2, ‘I know It’s Coming Someday’ is primetime Ian McCulloch, and the big-coated images of Joy Division and The Cocteau Twins et all loom large elsewhere. Strangely enough, it was ‘Pool Song’ which got the NME slavering over the band in the first place, and its one of the most different tracks on the album (in that it borrows from famous friends The Strokes).

Musically, its not a bad album at all; indeed, for all its debts, the first half is a very listenable - enjoyable even - effort. ‘Wake Me When Its Over’ and the aforementioned ‘I Know It’s Coming Someday’ are graceful, large-looming efforts, and ‘Can’t Feel A Thing’ is a pleasant lamentive strum. But the second part of the record is lumpen and uninspiring, a case of toploading the beginning with too much of the band’s quality, leaving only a jaw-droppingly audacious steal of Radiohead’s ‘Anyone Can Play Guitar’ in the locker for later presentation.

All those hammering The Strokes for being dullard copyists, surfing on the wave of somebody else’s cool needs to have a listen to this; then lets think again.