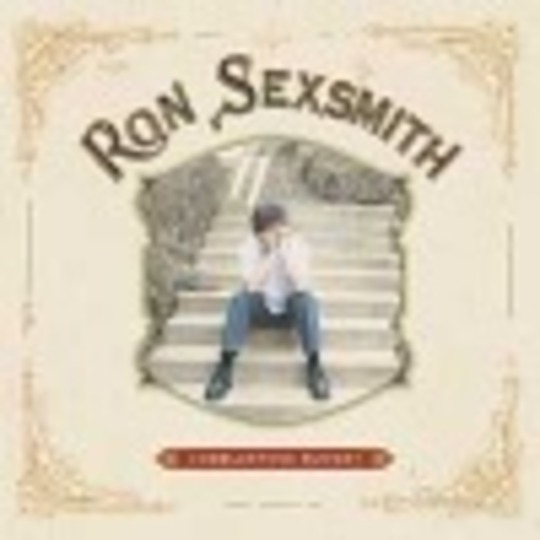 The songs are in the man; or the man is in the songs?… Not the most profound trueism I’ve ever come up with, but hey, it’s Ron. New Ron.

Maybe someone can explain something to me. This it seems, is the rub; New Ron has just come out of a fifteen-year marriage-split-up-break-up-cry scenario and he’s recorded the most uplifting album of his career. Perhaps the strangest outcome, and indeed the strangest album.

His last LP ‘Blue Boy’ found him floundering in a sea of pub rockisms and slightly over-produced grasps at Bacharachdom. ‘Cobblestone Runway’ finds him with a new band and new producer and it appears we are being presented with New Ron, New Happiness.

The record kicks off with ‘Former Glory’; “Your eyes are burning low/but your eyes will return to their former glory” which sets the album’s tone. The production compared to previous is pared down, straight ahead one-take efforts with Ron taking an acoustic-in-a-back-yard-somewhere-in-Ontario approach. There are also a few newer sounds that step away from Ron’s trad roots; we are also offered sporadic bleeps and synths and such.

The songs come in fragments. Some sound themed, others more like picks from a best of b-sides collection. ‘These Days’ sounds wisened and critical. The most curious, ‘God Loves Everyone’ sees oddly enough, Ron going full-on-incurably pop. The disco song ‘Dragonfly on Bay St’ is a grower.

The familiar melancholy-ness is still there. On the centrepiece of the album, the piano-led ‘Gold in Them Hills’, Ron pours us a few hard shots of introspection. The song would be well-placed on the first two Sexsmith albums, and is equally outstanding on this one.
The song is reprised at the end of the album, synthesized and orchestrated with Coldplay’s Chris Martin adding vocals to a couple of verses.

This is almost chart-worthy stuff and annoyingly, some of Best Ron. Other Best Ron candidates are ‘For a Moment’ (recalling his earlier album ‘Whereabouts’) ‘Up the Road’ and ‘The Least That I Can Do’ (which would sit well next to any 70’s Dylan stuff). Ron sounds more honest here, more strangely at home, worryingly outdoorsy with it all. He sounds confidently nostalgic.

Some of these songs knock McCartney off any kind of perch he may have had at some distant point in Beatleland, but I can’t help thinking Ron has newer, odder fish to fry. After all, we all worry about what songs Natalie Imbruglia might want to cover, don’t we?

For lowly Ron fans, though, it’s back to fags, booze and midnight discussions involving the Next Ron. Which will, of course, blow all the others away.