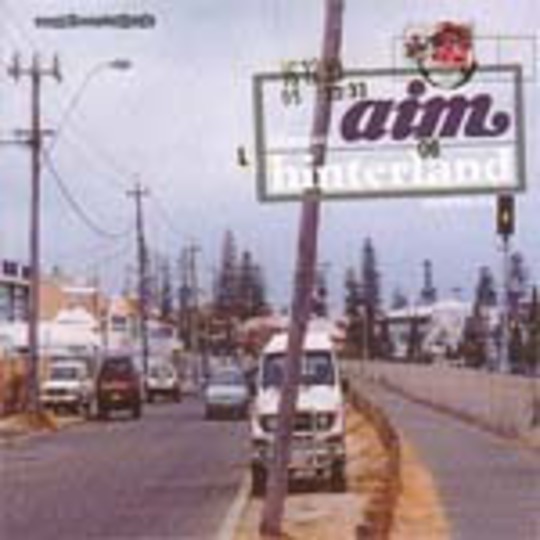 Tricky second album? Not likely. Whereas labelmates Rae and Christian struggled to improve on the pure brilliance that was Northern Sulphuric Soul, the most important musician to ever come out of Barrow-in-Furness has returned with an impossibly good sophomore effort to somehow improve on 199?’s Cold Water Music.

Whereas that album used hip hop beats, and artists, to bring the British slant on the genre to the fore, Hinterland relies on the crisp beats and wistful samples and strings to take the listener on a whole new journey. If anything the tracks here are lessened by the addition of American rappers who are used, by others, to beef up limp soundtracks. Saying that the appearance of the Souls of Mischief on No Restriction is a welcome return to one of the great underrated rap acts of the early 1990s. Here the rap is used wisely and not channelled narrowly like a lot of the US pop rap that pervades hip hop today.

It is on tracks where Aim uses singers that Hinterland really comes into its own though. The Girl Who Fell Through The Ice is a great piece of music and should be the kind of pop that charts. The almost resigned lyric “sorry I made you mine” sung by Kate Rogers, could almost be an apology by the artist himself.

Aim’s musical abilities has never been in doubt, but along with an improvement in that department, the real delight is the inspired choice of guest singers. Babybird’s Stephen Jones provides the falsetto, almost whispering, vocals to Good Disease. The beautiful sunny dayness of the forlorn lyrics melt into the music which can only leave you in a state of bliss.

As on the last album, the instrumentals are where the musical ability of Aim really takes centre stage. The use of one line samples from unknown raps are used to explain the meanings behind the tracks. On Fall Break “for the people who cried to hear something new” with heavenly bursts of strings and manipulated sounds clarifies Aim’s answer to uninspired music.

There are so many excellent tracks on this album that it is actually hard to find any downpoints. If pushed the largely uninspired rapping of legendary producer Diamond D on The Omen falls down compared to the rest of the tracks. Even more curious then that this should be the first track to be released as a single. If Aim really wanted to use one of the Diggin’ In The Crates Crew to try to improve on his music, he could have surely plumped for the lyrical expertise of AG. But that really is splitting hairs about an album that only makes you hungry for the next slice of British hip hop music that is released from the all powerful Grand Central label.