Power In The Blood 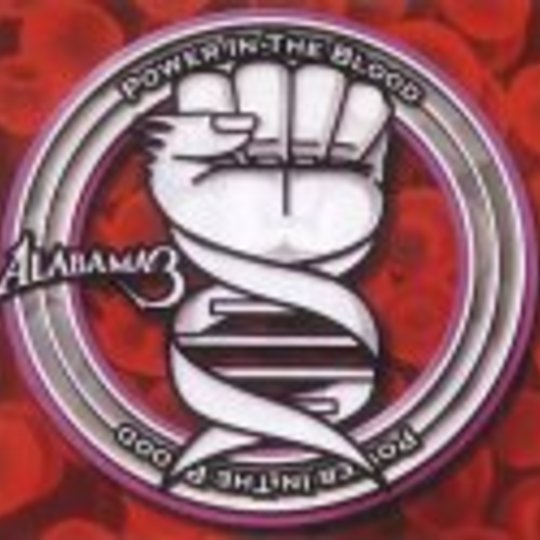 Sounds like my kind of world. A world where they don’t play anything as prosaic as a ‘gig’. They’re called Sermons. And they don’t go on ‘tour’. They get Parole. You don’t become a fan. You get Converted.

Throw in a fixation with extreme left wing politics, Hubert Selby Jr., and the redeeming power of God through the cross and the salvation of the needle and you have something that just doesn’t sound right on paper. Unless you actually listen to it.

Their songs are empty, hollow landscapes of a lost preacher enduring the long dark night of the soul in a Memphis jazz bar. Of the lost, and of the lonesome tonight. They play the music of the evening before - the things that go bleep in the night - and the music of the morning after. The blues. The soft, exhausted drawl of exhausted desperation. In the same song. Titles such as “The Devil Went Down To Ibiza” and “Lord Have Mercy” establish the hitherto missing link between Robert Johnson and the Aphex Twin. And here it is. Music like this sounds it was made in 1930 and 2030 at the same time.

A revolutionary call to arms in the form of the titletrack “Power In The Blood” make a Jihad against capitalism sound like the most fun wars been since you were a kid and had an Action Man ™.“Woody Guthrie” takes every right-wing prejudice, debunks it, and rocks harder than James Brown at the Apollo.

It’s been years since I’ve seen a band that look like a gang. Not since The Clash or very early Manics in fact. But this, an eight strong collective of Scottish junkies, DJ’s, and kindred spirits are a gang. Swaggering down Coldharbour Lane and trying to change the world with their faith in Trotsky and breakbeats.

And if they could, they would change the world. “Power In The Blood” wears its colours on its sleeve. The clenched red fist of union resistance . On one hand this is deeply naive - as if the unions and Marxism are going to overthrow the evils of capitalism - but deeply admirable. Political records are a taboo subject these days. Just sit down and dose up on your Empty Arena Rock Bullshit.

They don’t make records like this anymore. They never did. Look beyond your prejudices. Look beyond boundaries and such artificial barriers as nations, styles, and genres.

I haven’t been able to take this out of my CD Player since I got it. It’s more addictive than crack with no lasting ill-effects. For fucks sake, if you think that music’s going through a lull right now, buy this, and be redeemed by The Spirit. You will be forgiven.