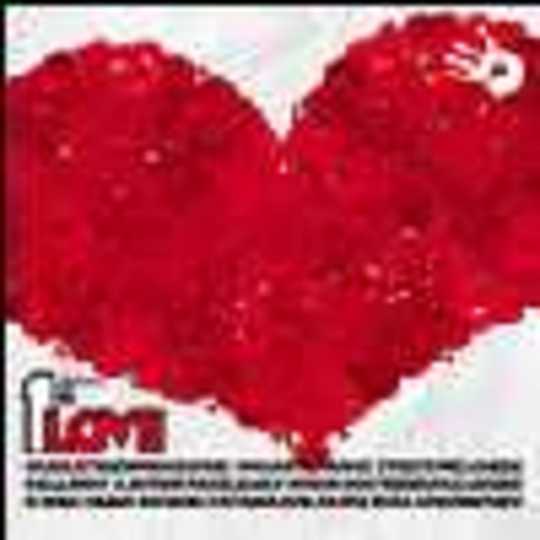 N.B. - This is an album review of every track which I feel is essential... sorry if it bores you to sleep!

I am such a sucker for cover versions of songs. Some see it as a lack of originality, a purge of other's material but when you see bands like The Candyskins covering 'She Don't Use Jelly', it makes me grin. So when this came along, I immediately perked up! The idea is simple: get a load of top bands to pick songs that have reached #1 in the past and perform their own rendition of said song. How can it fail? How indeed!

First off, the choice of artists is broad enough to be interesting. Openers Starsailor do a competent enough cover of The Small Faces 'All Or Nothing' but it is nothing to set you alight with excitement. Feeder** pull off an achievement with a more then respectable cover of Frankie Goes To Hollywood and 'The Power Of Love'. Now, Grant is no Holly Johnson, no one is let's face it, but they don't sound cheesy and covering FGTH is NEVER an easy task!

Suprise number 1: Sugababes cover of the Adamski/Seal classic hit, 'Killer' is absoloutely amazing! Now, I must admit, I am a bit of a fan of these girls as they ARE talented, they are gorgeous and they have some ace tunes to back it all up. OK, so there is less of the electro noisery in the background but the girls vocals more then make up for that. Big thumbs up on this one!

Standout track for me is Muse. 'House Of The Rising Sun' starts unrecognisable to the original chugging off with a Pop Will Eat Itself downtuned riff before becoming Muse-ified in the best possible way. Hats off to Matt Belllamy and company as one of the best songs of all time has been done justice!

OK, anyone who knows me also knows that I can't stand the Stereobollox, I mean Stereophonics. Now, credit where it is due, Kelly Jones covering one of the most emotionally charged songs ever such as Sinead O'Connors' 'Nothing Compares 2 U' is brave if a little foolhardy. Musically, there is nothing wrong as such but what made this so special was the singer originally and how much she poured into the song on every level! The boys don't recapture that but then, I don't think anyone could!

Faithless & Dido** pull something out of my youth, Dub Be Good To Me', and well I'll be blown down if it ain't damn good if not entirely the same song as the original but it is close enough to impress.

Unfortunately, Elbow pull out a bit of a turkey (keeping the Xmas theme going) with their version of Thunderclap Newmans' classic 'Something In The Air' (you will know it when you hear it!) Unfortunately it is bland, devoid of any merit and, simply, sucks!

Mercury Music Prize winner Ms. Dynamite** appears with The Reelists for a version of Black Box 'Back To Life' but, unfortunately don't completely carry it off. Not bad, but not that good either!

The kings of covering songs out of their time, the Manic Street Preachers, keep up the form with their version of Chris Farlowe's** 'Out Of Time'. The strings along with James vocals make the song special and this could be a case of the cover being possibly better then the original (pity they didn't donate 'Can't Take My Eyes Off Of You'... one of my fave covers EVER!)

Hmm... school disco moment. Jools Holland* + Badly Drawn Boy* + Dexys Midnight Runners* = interesting combination. Unfortunately, Damon and Jools can't quite make 'Come On Eileen' as good as it should have been but then, with the original and even Save Ferris* versions being such classics, it needed bouncy, punky energy and here it is non-existent.

After seeing them at Leeds, my fire for the Prodigy has been relit however their version of The Specials classic 'Ghost Town' has been doing the rounds on the 'net for quite a while now and it isn't that much cop either. Bar the intro and first minute or so it has next to nothing inclusive of the original (removing almost ALL the lyrics was a bad move!) and seeing as I was bought up on 2-Tone, I have to say this a bad move. Pity, their version of 'Nightboat To Cairo' by the mighty Madness is a stroke of genius!

The worst track on here is next. I would like to emphasise that Jimmy Eat World have released 3 great singles in a row and their last album was superb. As I also just mentioned, I also love the Prodigy but when you mix the two together you have an absoloute atrocity! The grandma friendly version of 'Firestarter' which sounds more like a lounge act...wait, a BAD lounge act, then the techno-rock animal that the Braintree boys unleashed on us 6 years ago. This is bad, very bad!

Now, for something that SHOULD be bad... but isn't. Popstar loser Darius has a special place with me. I think he is funny and does have talent (feel free to laugh at me now, as if I care!) and his version of 'Pink Flamingo is really good. It has a good sway factor and isn't hammed up which is what he is most guilty of. Release it now Darius, it's better then that god awful fucking Doors cover we have had to endure from that 'other bloke!'

OK, back to the bad tracks again. More Fire Crew take a basic beat, go 'Uh uh, More Fire Crew, what?' a lot and take a few Gabrielle sound samples and think they have covered 'Dreams' but they haven't! I don't wanna talk about this anymore, just know it is crap!

Finishing off we have a Take That cover (no laughing at the back) by McAlmont & Butler (OK, laugh now) and 'Back For Good.' Is it like the original... erm, I guess so. You can see the strained face, clutching hands to the sky, basically the whole theatrics of an R-Kelly** video (music video, not the one with under age girls) but, when all is said and done, it is not as good as the original.

Now, while a large percentage of money is to go to 'charidy' said in a Smashy kinda way, does that justify splashing out on this? I think so. There are some interesting interpretations and some bloody good attempts at some classics and no-one chose Wet Wet Wet or the 'Vancouver Groover' Bryan Adams which is always a good thing! Well worth checking out and remember, it's all in a good cause so you can get that Ready-Brek glow without having to eat any porridge... nice!