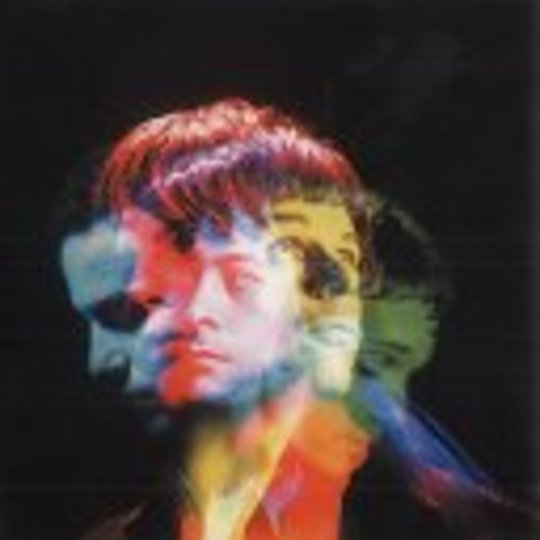 Hey! Do you yearn for a time in musical history where it seemed that raspy-throated blokey singers in bands that churned out great slabs of white-boy blues-rock were the norm? Do you wish for a musical climate where disco, hip-hop, dance, all electronic and synth based music, and even some punk had never happened?

Do you favour deeply conservative, retrograde and over-wrought guitar music over each and every musical progression, mutation and step forward in the past thirty years? Do you have an innate distrust of all black music made since the late 70s - y’know, all that [c]rap (haha) music; P-funk, breakdance, gangsta rap, g-funk, R’n’B, 2-step, garage: it’s all a loada bollocks, innit?

Do you, even on the smallest level, even in the tiniest, tiniest amount, find yourself agreeing with any of the above? You do? Really? Are you completely fucking mad? Are you really deluded and tin-eared enough to actually believe that, for instance, Led Zeppelin were better than ABBA? That The Clash were better than Chic? That U2 were better than Public Enemy? That The Charlatans were better than Technotronic? Or that The Music are better than Destiny’s Child? You believe all that? Do you even have a scintilla of understanding at how wrong you are?

Are you a slick, greasy haired, lolloping, football-shirted, dim-eyed mouth breather - in short, do you look like Vernon Kay? Are you the kind of selfish, spoilt, ignorant fuckpig that sets fire to a toilet block at a music festival in a pique of sexual frustration and a delusional belief that you are somehow being anarchic? Do you mistake irony for humour? Do you piss yourselves laughing whilst watching ‘Bo Selecta!’? Do you laugh with and not at_ Ali G? And when you see Chris ‘Moylsey’ Moyles on the telly and look into his tiny, tiny, vacant-piggy eyes, do you sense a kinship? Perhaps you share his actual, open _hatred of intelligence and love for FHM/’Lock-Stock’/Loaded-Lad culture: a culture stuck in some fantasy 1970s daydream, a culture where emotionally stunted, aggressive boorishness is celebrated, a culture where casual racism, casual sexism, casual homophobia is flagged past as it’s only harmless fun and can’t really veil an actual poisonous prejudice, can it? A culture that offers nothing except an endless fucking barrage of witless, depressing banality, a culture that is content to wallow in it’s festering plague-pit of laddism, never daring to look out over the side of its pit towards distant, different horizons; never wanting to reach for something - anything - more, anything different, anything new. Merely happy with it’s familiar, comfortable, artless mediocrity. A cowardly, backward-looking culture?

Songs! Not songs, anthems! Yes, anthems that say absolutely nothing whatsoever, yet say it loudly and repeatedly. Anthems that you and your equally dim, hunch-shouldered mates can stand in a circle in the pub with your bottles of lager and drunkenly bellow out in gruff, blokey voices that sound like the final, pained, dying brays of an ox sinking into a tar pit: “An through it AAAAAALLLLL she offers me proTEC-SHUN! Li’l love an’ AFFEC-SHUN! When m’right ur wrong”, “SOOOOOO Sally can WAAAAIT, she knows it’s too LAAAAATE w’shiz walkin’ on bye-yie”

Yeah? That kind of thing. Only not quite as good. Horrendous, shouted, empty chants written with the lyrical dexterity of someone who is still, apparently, trying to get to grips with ‘My First Book of ABC’?

Do you like whiney, tuneless caterwauling? How about spirit-exhausting, leaden 70s rock riffs? Would you like to buy an album featuring music so utterly tedious, so unforgivably turgid and so disgracefully inept that you have to wonder if it is, in fact, some sort of elaborate joke; a parody so precision crafted that it’s ended up sounding as boring and as dismal as that which it sought to satirise?

You would? In that case then, The Shining have just released an album in which you may be interested. Buy it. Go on. I’m telling you, buy it.

It’s all you fucking deserve, anyway. You scum.